Called Milan Home, the set was designed to explore what makes a space liveable, and the role furniture plays in transforming a domestic environment into a sanctuary. 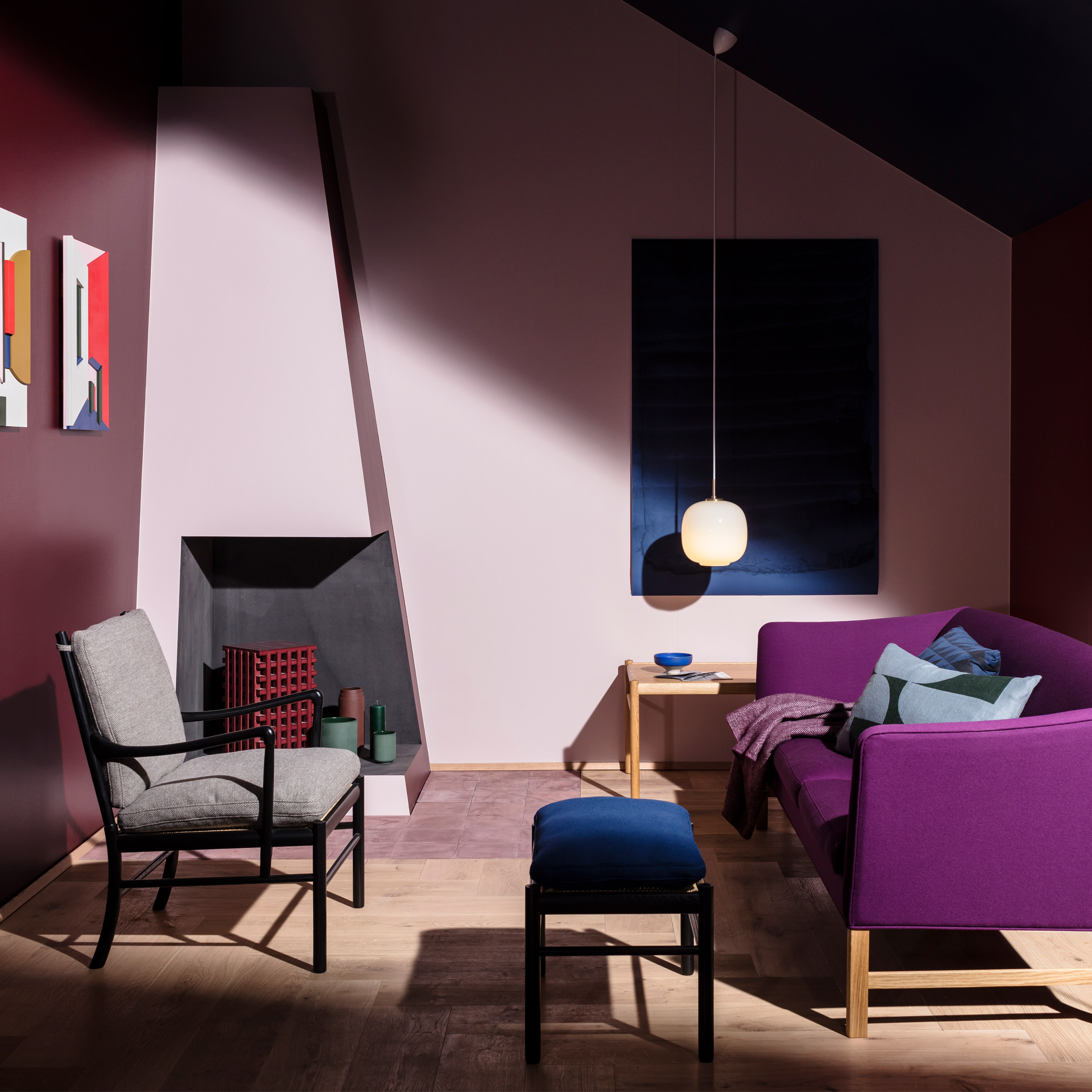 The brand reconsidered the role of different rooms, in response to the way occupants’ needs have changed in recent years – for example, it placed the kitchen at the heart of the home, rather than hidden away, to highlight its newfound importance. 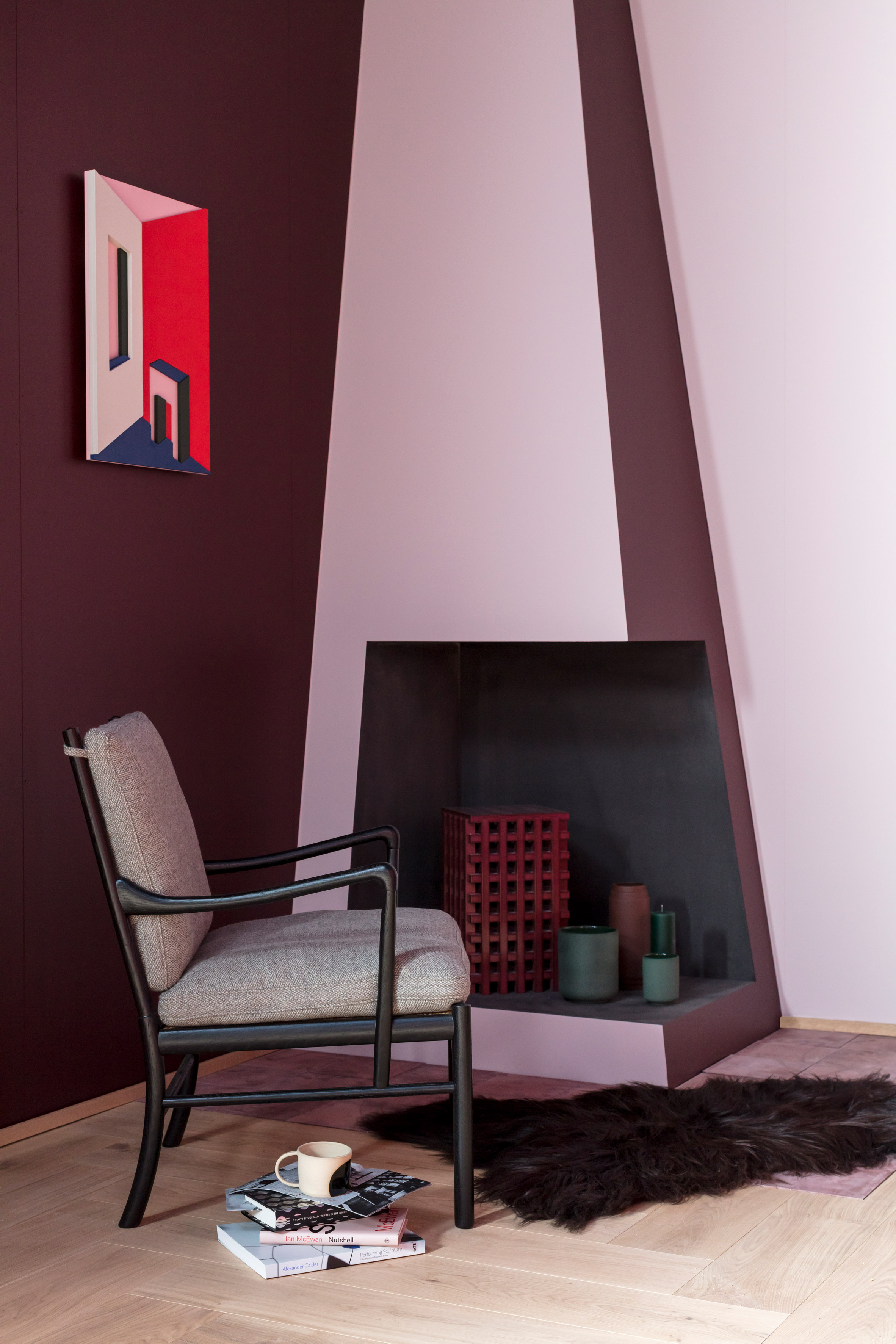 Designed as a gathering place for the entire family, a “lived-in” room sat adjacent to an open-plan dining area, to encourage communal dining. Cabinets were made from dark wood, while the nearby dining table was paired with mismatched chairs. 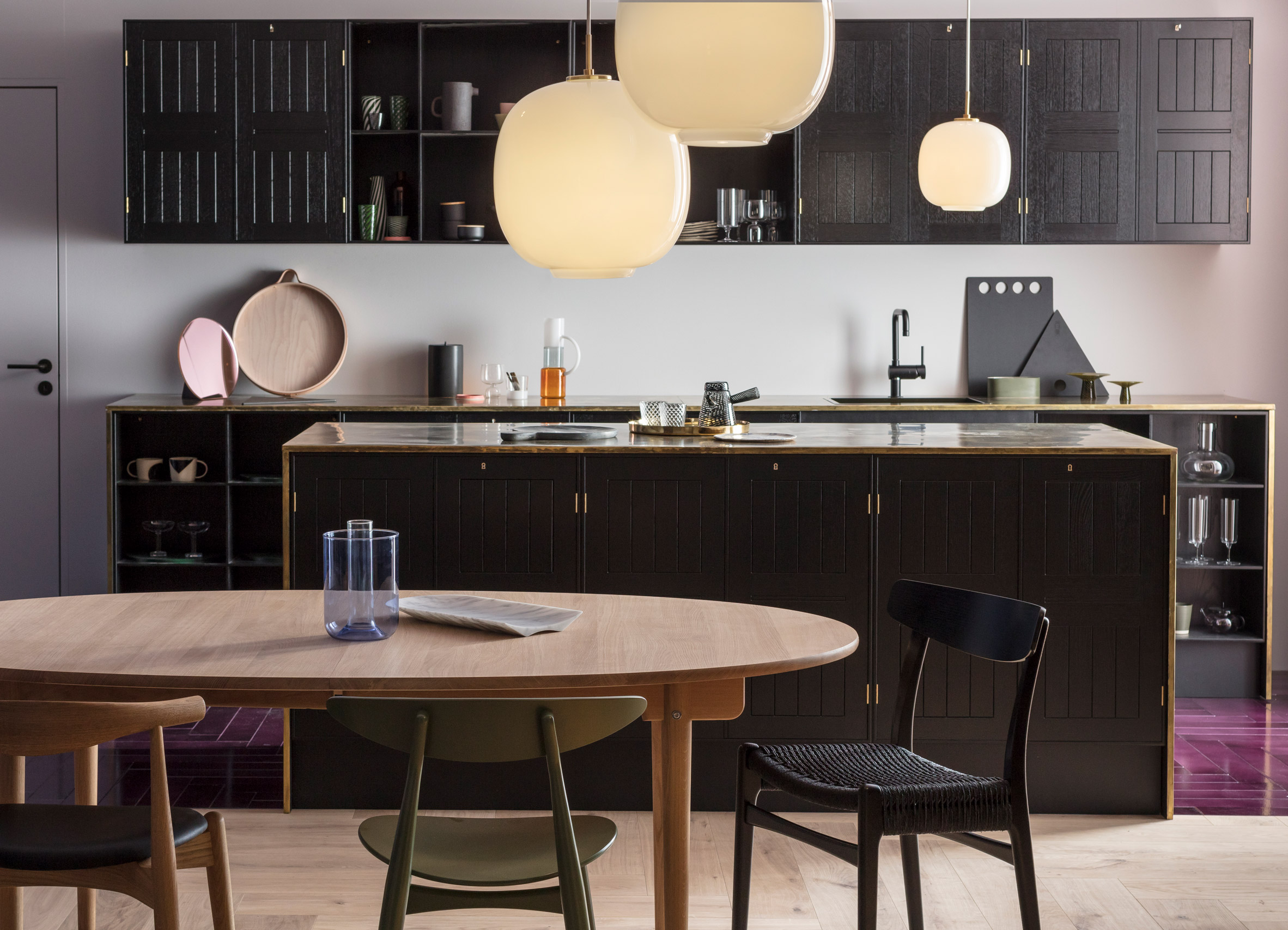 “This newly important space for dwelling inspires the desire to surround ourselves with beautiful and enriching materials that add to our social encounters – a feast for all senses,” said Carl Hansen & Son. 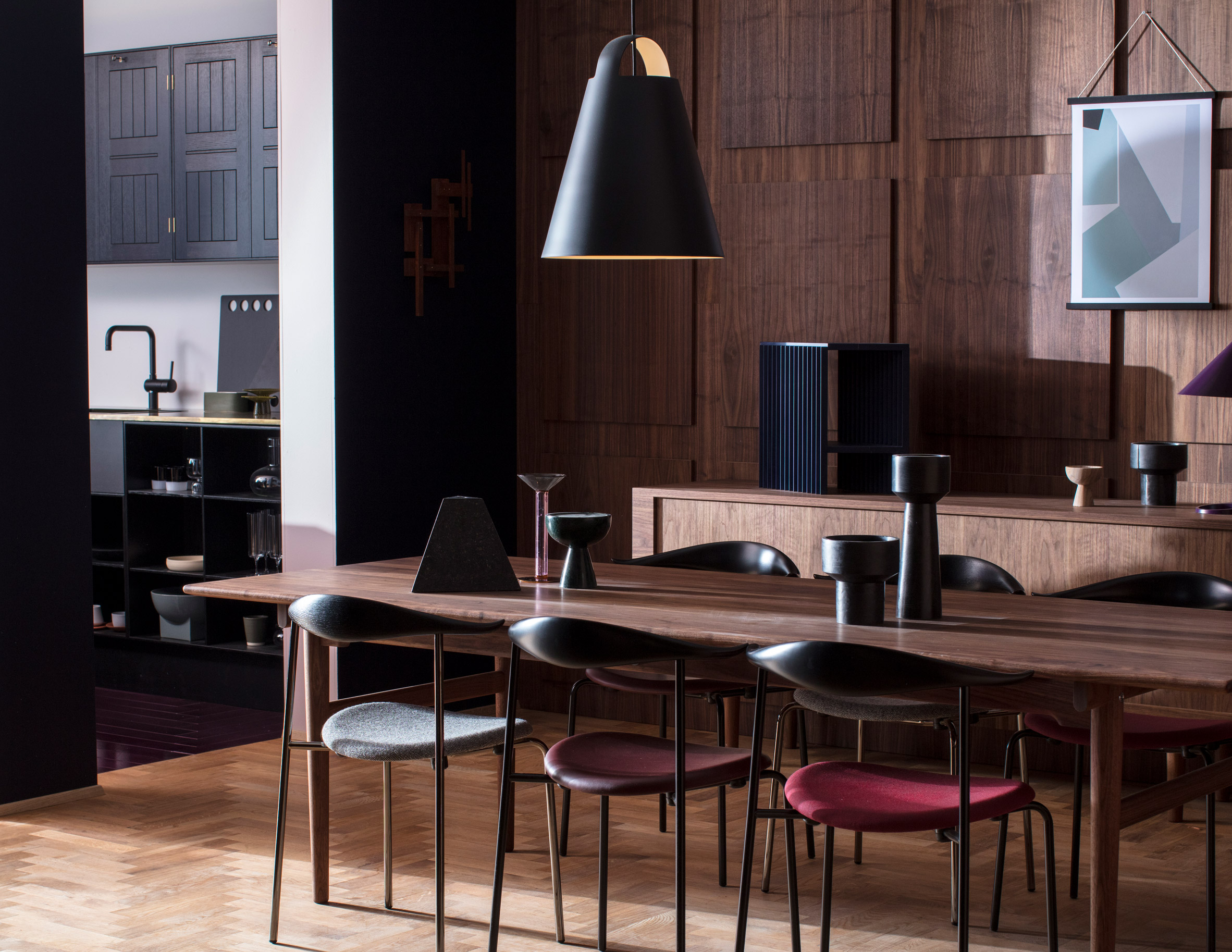 A separate dining room, placed next door, was intended for special gatherings. The space featured more formal details such as walnut panelling, and a dining table that seats six.

The brand chose wood and incorporated pieces with rounded forms and low backs, to keep the room from feeling “stiff” and unwelcoming.

The installation also challenged ideas of the study as an impenetrable “fortress”, by making it a passage between two rooms. The brand’s PK desk served as a workstation, and nearby leather seating offered a place for home workers to relax. 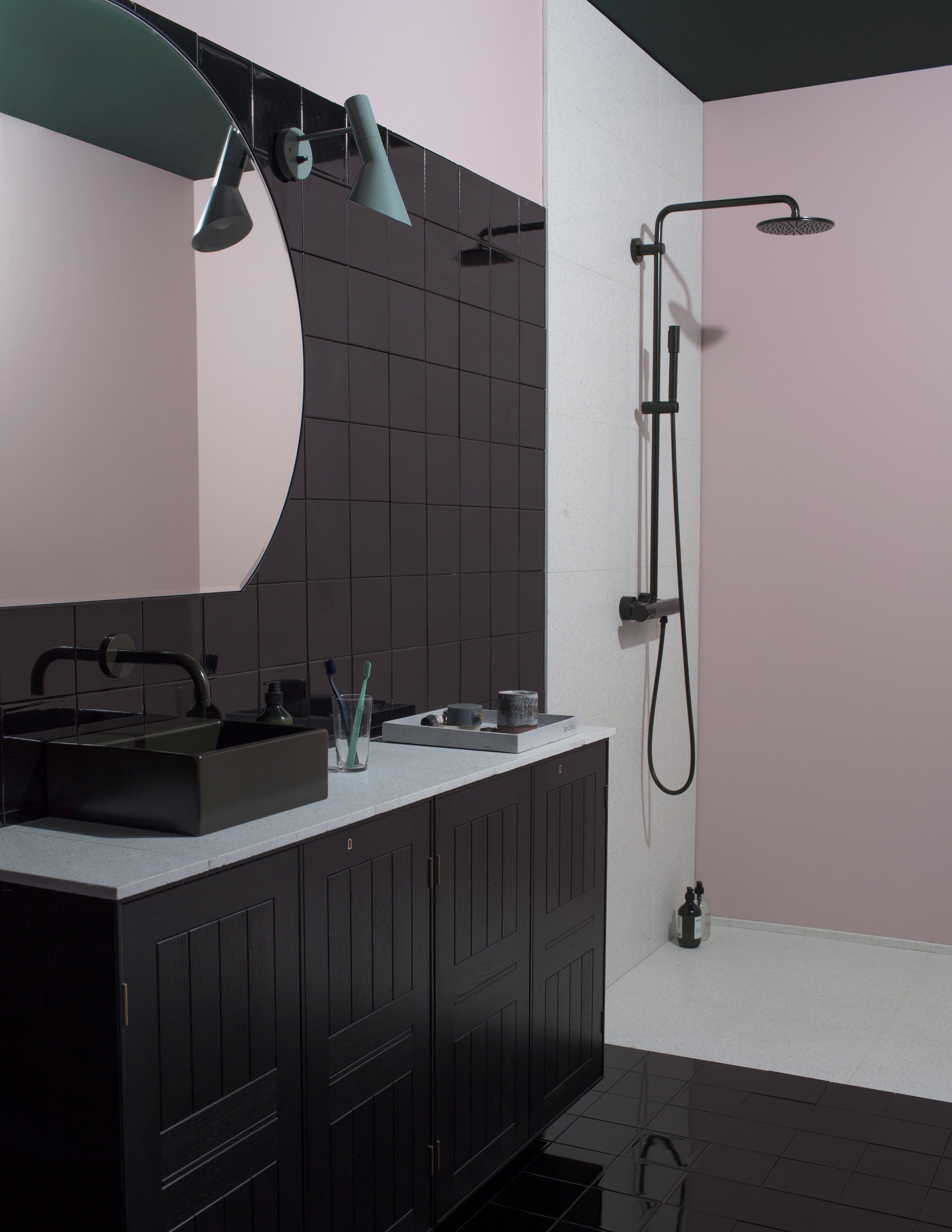 In the bathroom, dark tiles were contrasted by pale pink – a hue that dominated Milan this year. 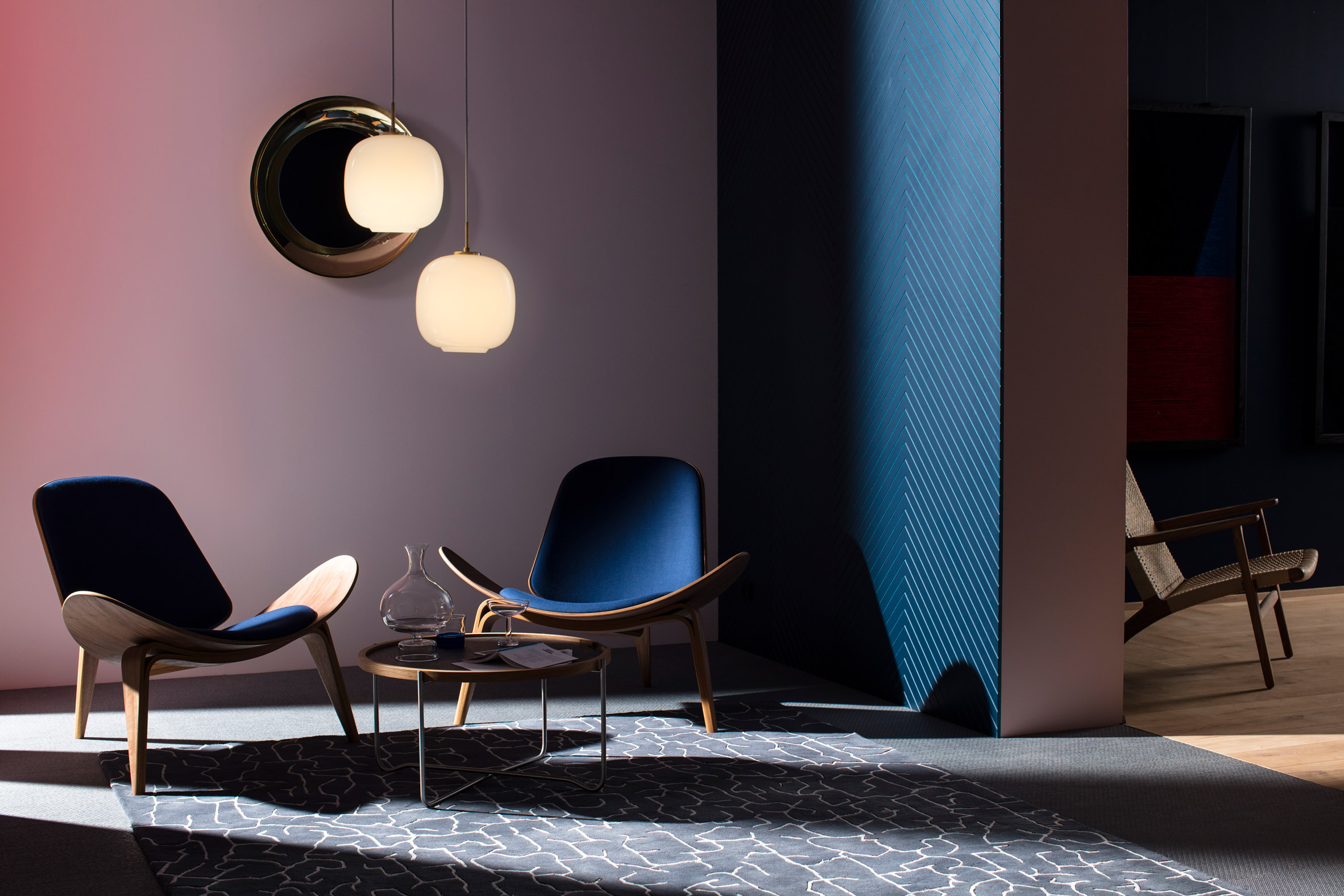 The colour was repeated in the living room, along with contrasting shades of blue, red, purple and grey, inspired by 1930s architecture.

The room also boasted an angular fireplace, intended as an homage to Modernist architect Poul Henningesen. 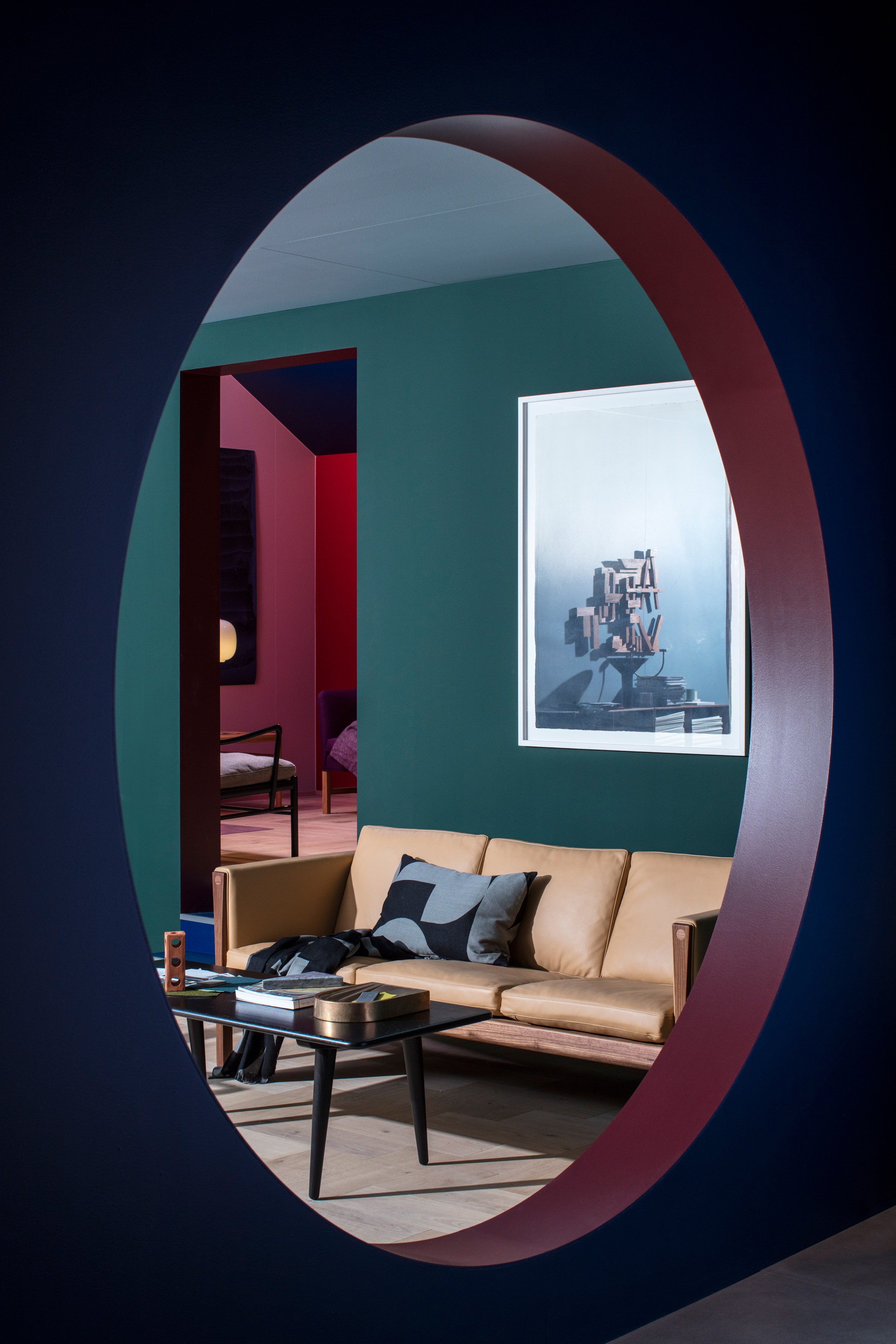 “Once upon a time, there could be no home or life without a fire,” said the company. “This symbolism of the fireplace is a strong identifier of home and creates warmth and atmosphere – almost like the Danish hygge.” 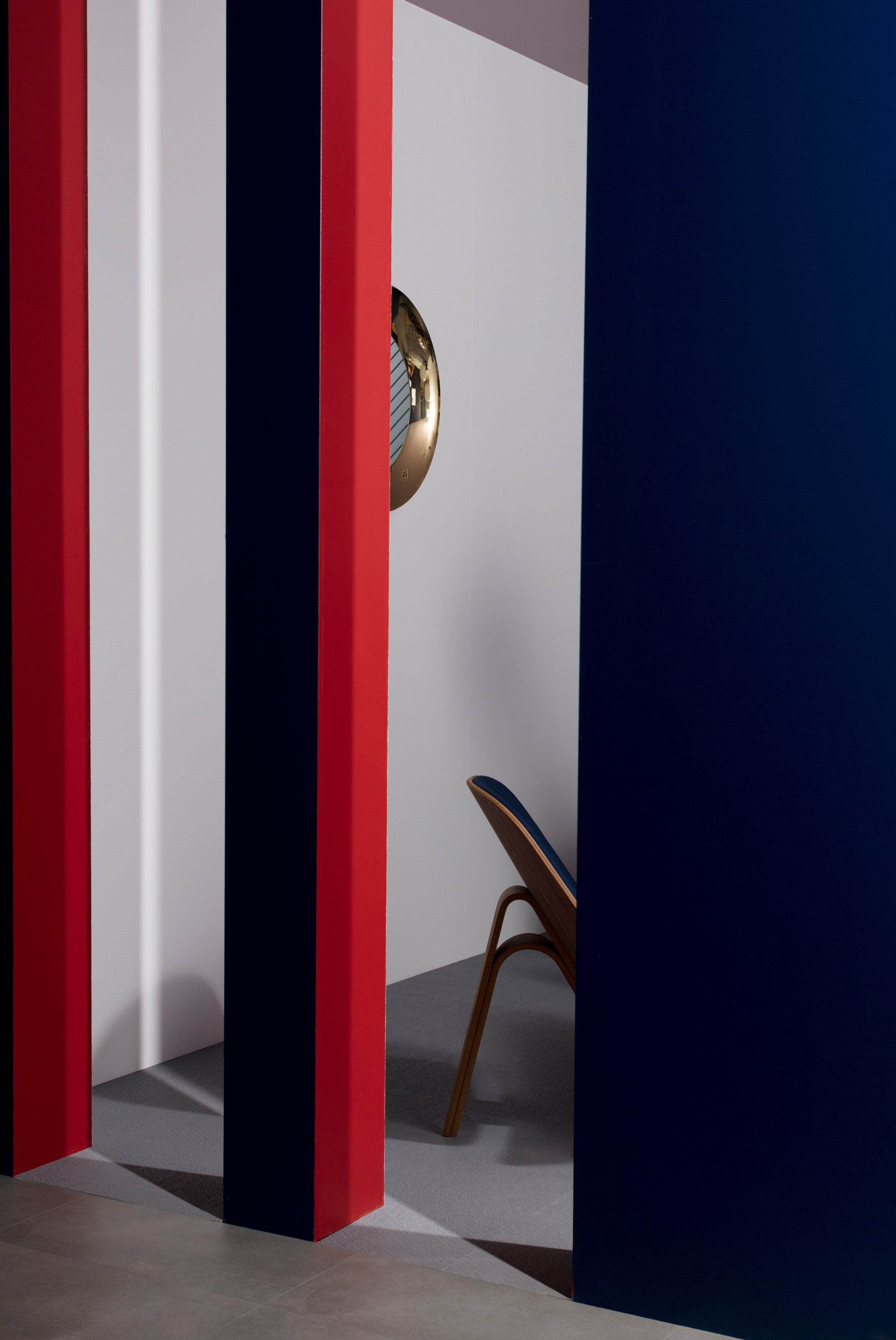 The late Carl Hansen founded his furniture workshop in Odense, Denmark, in 1908. The company found international fame in the 1940s for manufacturing the designs of Danish furniture legend Hans J Wegner, designer of the iconic Wishbone Chair.

Today the company produced reissues from many prolific mid-century designers. As well as Wegner, it has released works by Poul Kjærholm and Frits Henningsen. 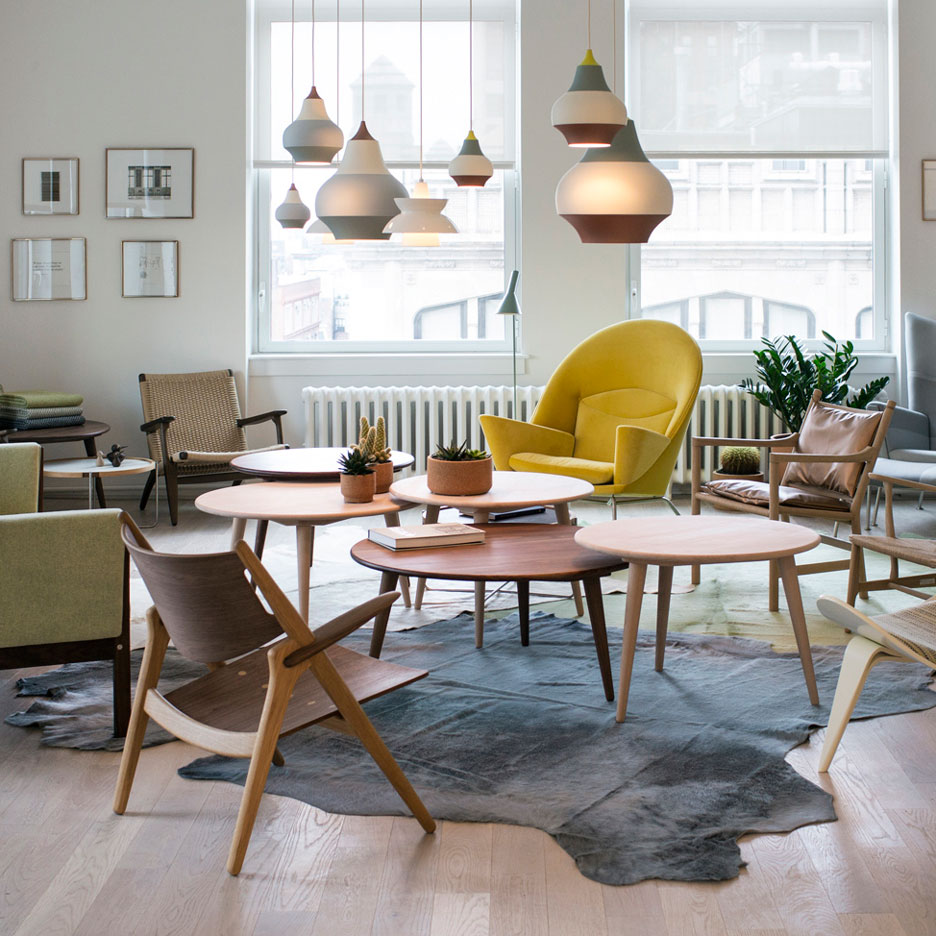