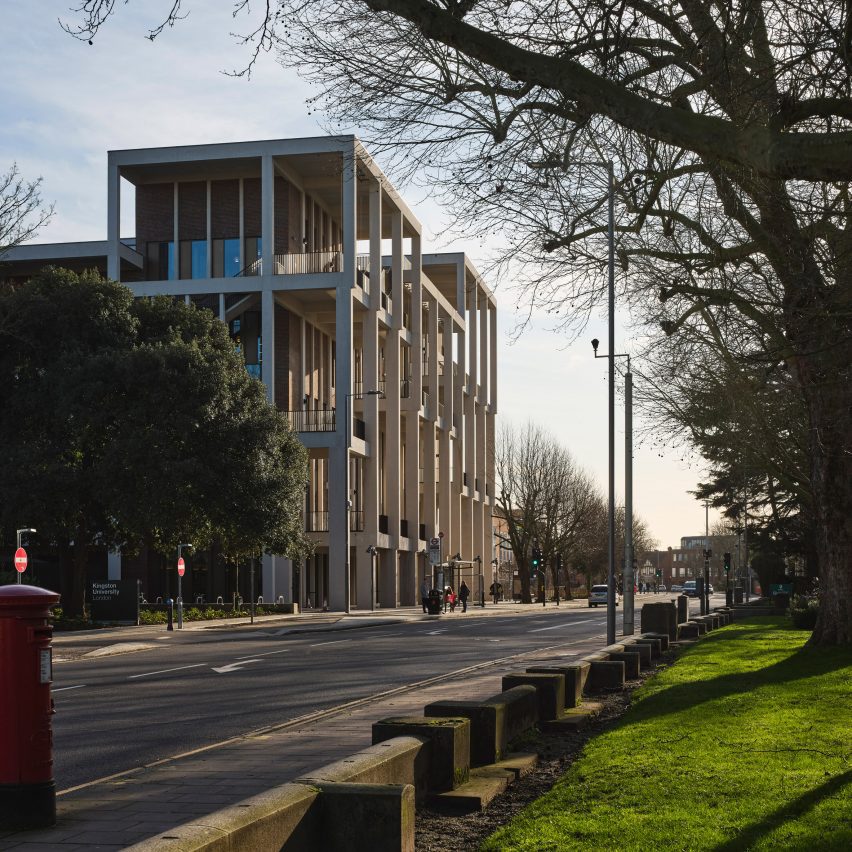 This week on Dezeen, we announced that the Kingston University London – Town House designed by Grafton Architects was the winner of this year’s Stirling Prize.

Designed to act as “the university’s front door,” the six-storey building in Kingston Upon Thames features a series of open-plan communal spaces arranged around a statement central staircase and fronted by a distinctive colonnade.

Architect Norman Foster, who was the head of the 2021 RIBA Stirling Prize, commended the Town House for its versatility, calling it “the future of education.”

“Towards the end of last year, we started to explore long-term structures for the practice that would respond to the challenges and opportunities of growth and encourage the next generation of leadership and this partnership is the culmination of that process,” Foster said.

The office was founded by Pritzker Architecture Prize winner Foster in 1967.

Italian architect Stefano Boeri has completed his first “vertical forest” in the Netherlands, in the form of a 70-metre-tall tower with protruding balconies that features over 10,000 plants.

Called Truro Vertical Forest, the project is a social housing tower in Eindhoven. The tower follows a number of similar plant-covered designs by Boeri, including the recent Palazzo Verde housing complex in Belgium.

In New York, the city’s council has approved mass timber for use in the construction of buildings that are up to 85 feet tall.

Meanwhile in the UK, timber architecture expert Andrew Waugh has claimed that rules restricting the use of wood in architecture projects are hindering the switch to low-carbon building methods.

As the Dubai Expo continues, we rounded up ten must-see pavilions from the event.

Three thematic pavilions designed by architecture studios Grimshaw, AGi Architects and Foster + Partners are among the highlights, as well as national pavilions by Santiago Calatrava, JKMM and Es Devlin.

Popular projects this week included a Mies van der Rohe-informed house in the Cotswolds, a ranch for an artist in Washington and a house on a four-metre-wide site in Vietnam.

Our lookbook this week focused on interiors with window seats.

The post This week we revealed this year's Stirling Prize winner appeared first on Dezeen.