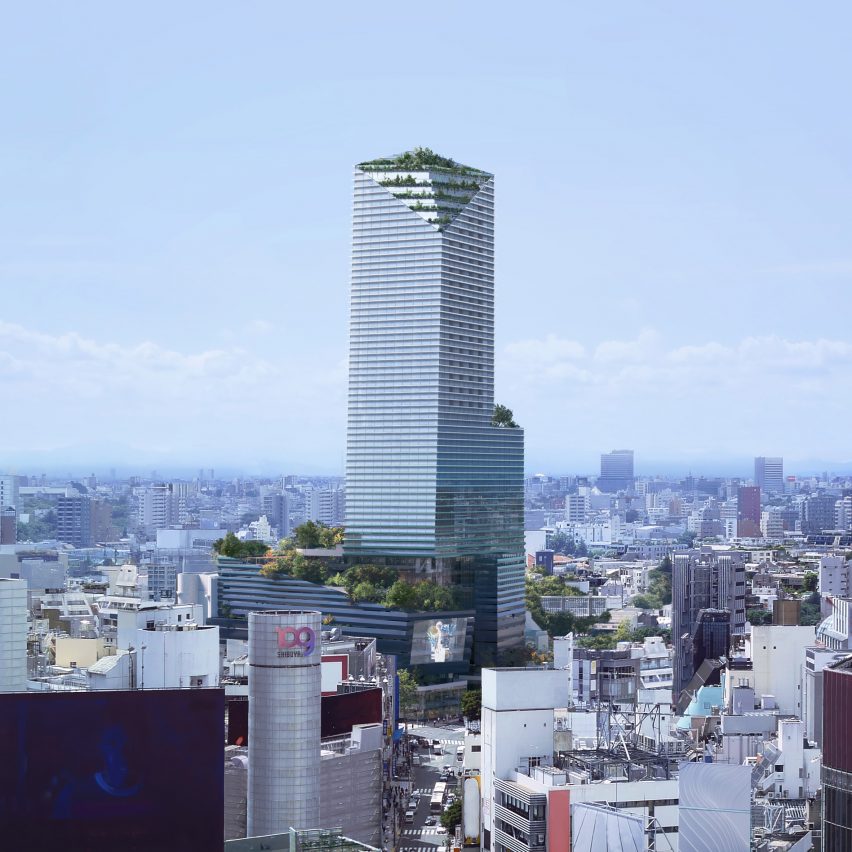 Architecture studio Snøhetta has revealed the design for a skyscraper in Tokyo, named Shibuya Upper West Project, which is intended to be “a sanctuary of peace and relaxation in the bustle of the city”.

The 164.8-metre-tall development, which will be the studio’s largest in Japan, will include shops, apartments, a luxury hotel, and facilities for art and cultural events.

Snøhetta‘s design aims to bridge the lively Shibuya retail area with the quieter Shoto residential neighbourhood, occupying the site of the former Tokyu department store between the two areas.

“Nestled at the edge of Shibuya where energy meets calm, the project aspires to become Tokyo’s newest ‘urban retreat,'” said the studio.

According to the studio, the 117,000-square-metre mixed-use development was inspired by the past and present of Tokyo. The terraced steps rising from the ground were designed to pay tribute to the distant foothills of Mount Fuji, while the building’s ceramic facade aims to honour an ancient Japanese building practice.

“The city of Tokyo lies in a duality of nowness and time-honoured tradition,” said the studio. “A city of turns and juxtapositions, contrasting qualities that harmonise with one another.”

“The Shibuya Upper West Project intends to represent all this while imagining a new vision for the famous and lively area of Shibuya in Tokyo, known for its bustling crowds, big screens, and the Shibuya Crossing in front of the Shibuya Station Hachikō.” 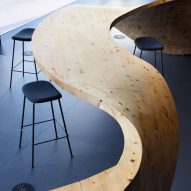 Set to be completed in 2027, the centre will be built around a central 164.8-metre-tall high rise with planted recesses and angled geometric forms.

A horizontal volume will extend to the side of the tower, with floor-to-ceiling windows surrounding the first two storeys and a large exterior screen placed on the upper levels. It will be topped with a multi-level landscaped roof garden.

Alternating layers of blue-tinted cladding and glass will span the rest of the tower, which will come to an angled peak.

An atrium named The Hive will sit at the centre of the development, while a more relaxing space, The Sanctuary, will offer lush roof terraces where visitors can relax and unwind.

“The design is formed as a single gesture, moving from the horizontal ground plane to the vertical skyline, symbolising the energy of the area in a single stroke. It is an homage to the duality of Tokyo – a modern city steeped in tradition,” Snøhetta Hong Kong managing director Robert Greenwood explained. ​ 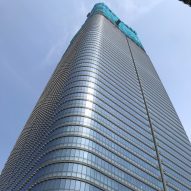 The project will be developed in collaboration with the neighbouring Bunkamara cultural complex, an artistic and cultural hub in Tokyo.

“In such a well-known and historically significant area in one of the world’s most exciting cities, the project is paying homage to and respecting traditions as well as looking ahead,” said Greenwood.

“We aim to design for the future and aspire to find the most sustainable solutions, contributing to Japan’s goal of being carbon-neutral by 2050.”

Founded in Oslo in 1989, Architecture studio Snøhetta has recently completed an underwater restaurant in Norway and a walkway in that disappears with the tide.

The visuals are courtesy of Tokyu Corporation and Snøhetta.