This housing block in Mexico City, designed by locally based HGR Arquitectos, is arranged around a large circular courtyard where a Japanese guava tree grows. 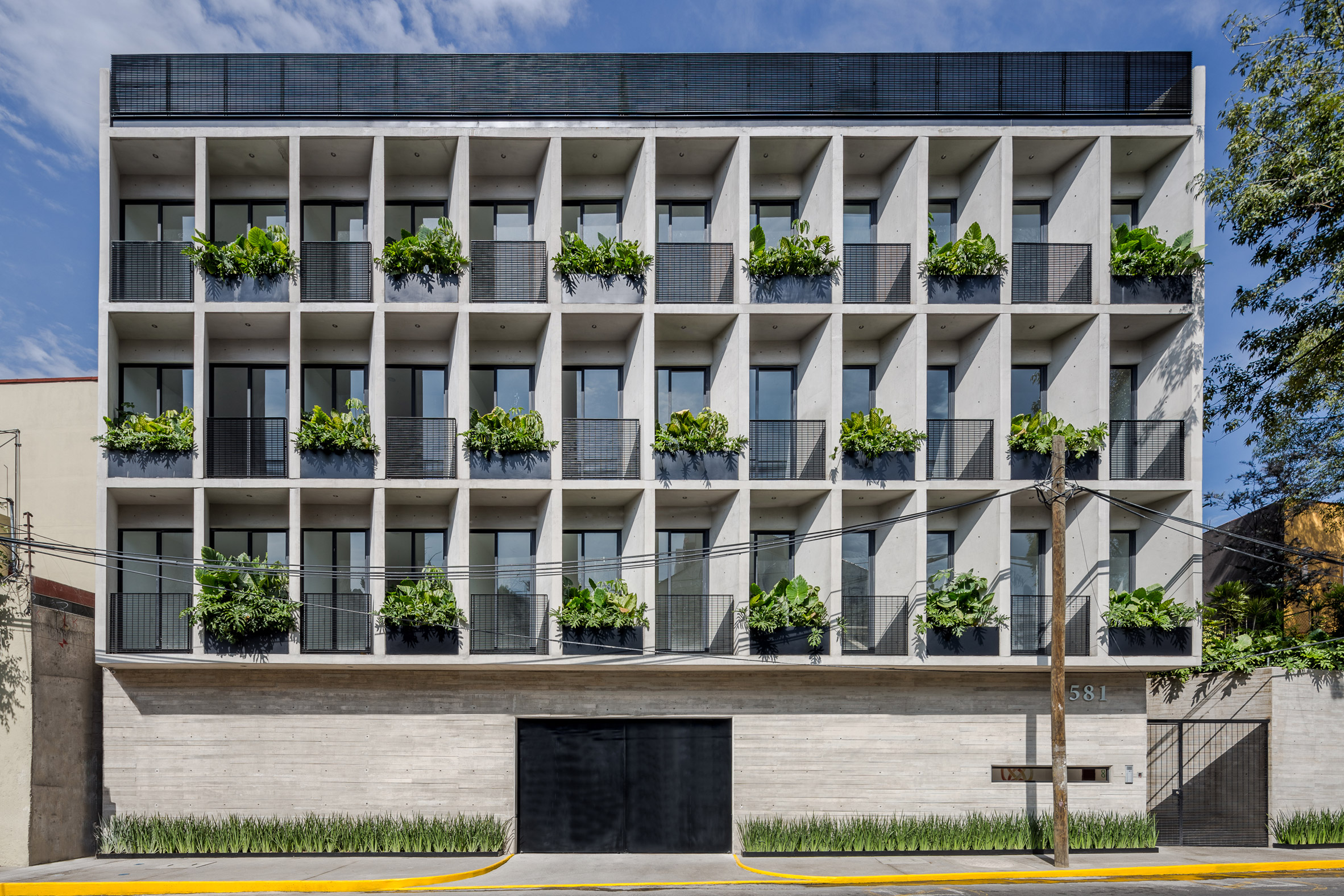 The MX581 residential building is located in the city’s southern San Jeronimo Aculco district, near to the National Autonomous University of Mexico (UNAM). Completed earlier this month, the housing block encompasses 12 units across four levels, with parking on the ground floor. 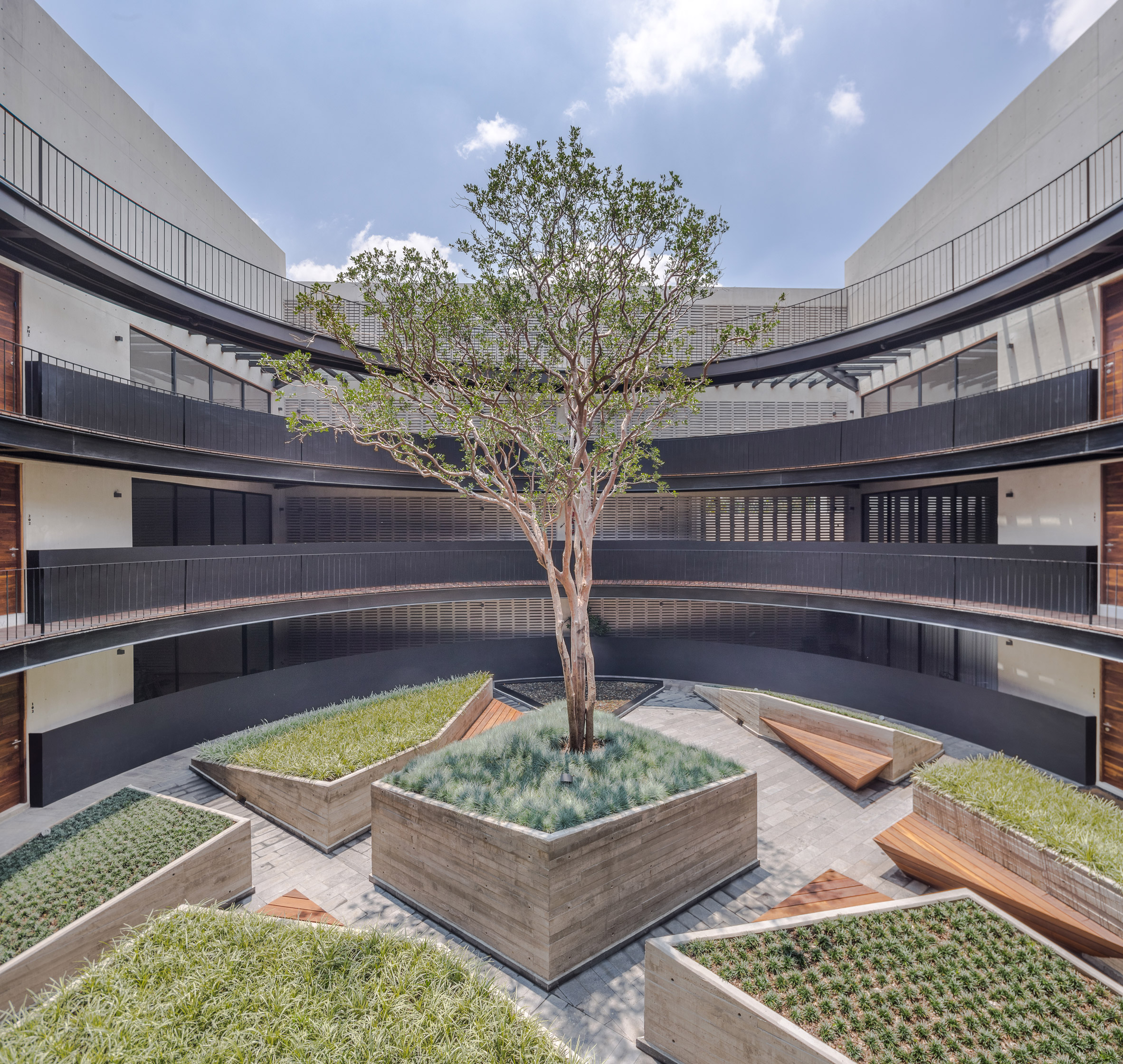 HGR Arquitectos gave the project a rectangular footprint to leave room on the L-shaped site for a garden, which serves as the access point and leads into the circular courtyard in the middle. 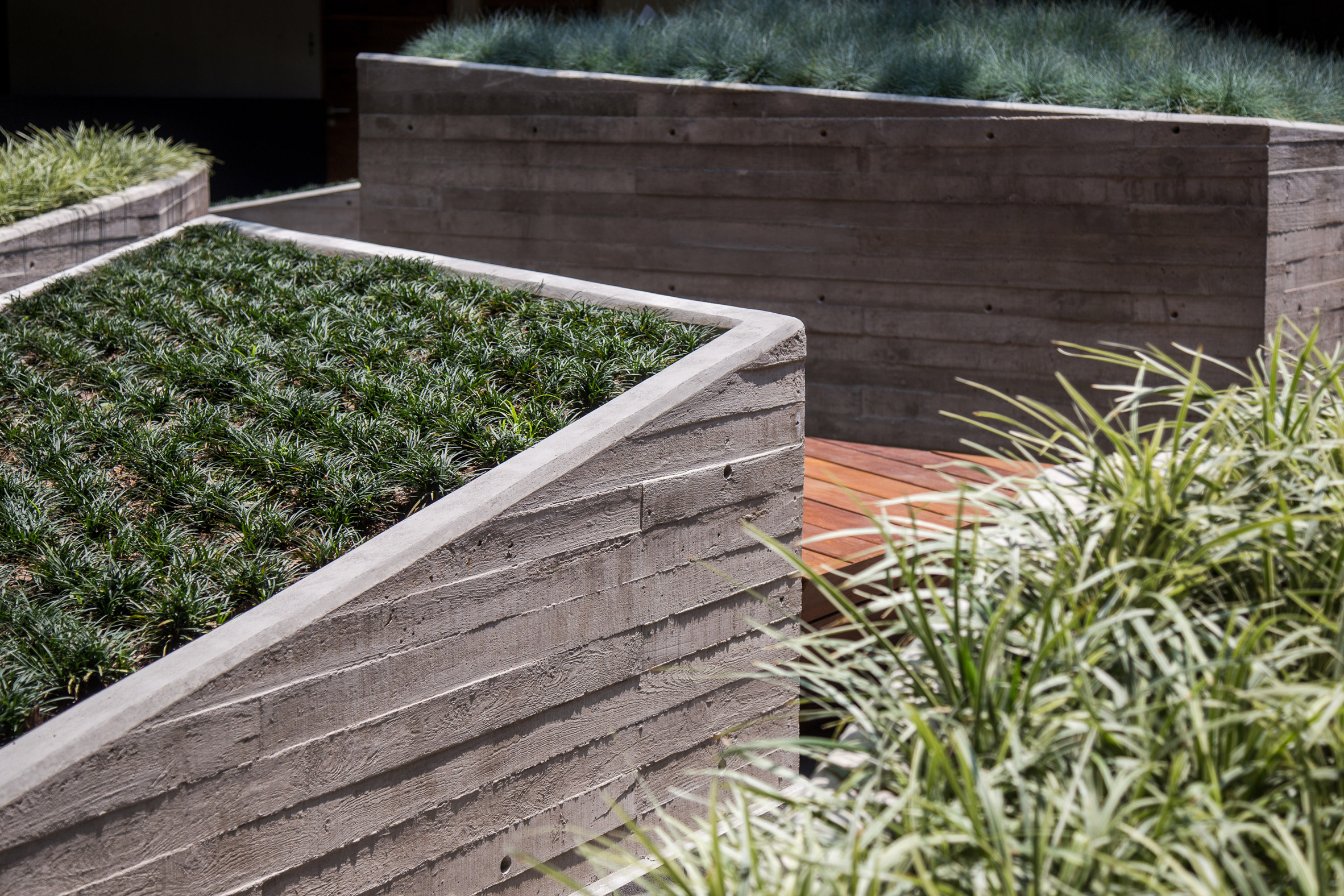 The yard is landscaped in a Japanese style, including benches for residents, grassy patches, a pool filled with gravel, and a large planter from where the feature tree grows.

“At the centre of the circle a nine-metre-high Japanese guava tree was placed, allowing the view of all common areas of the [apartments] to be of this tree,” said HGR Arquitectos in a project description. 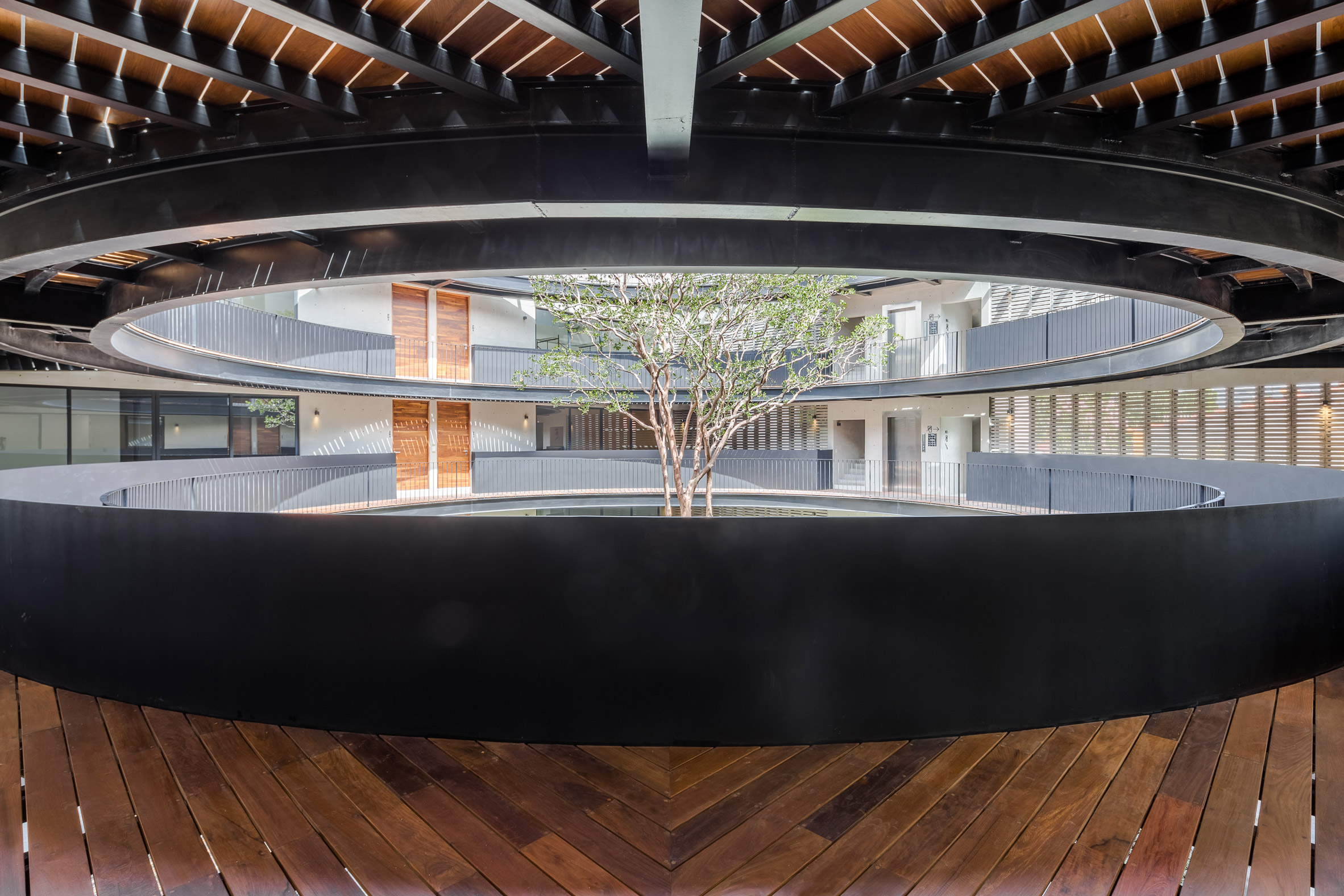 Curved black balconies wrap around the outdoor space, with the residences set into the rectangular block behind – creating a porch-like space in front of every unit. 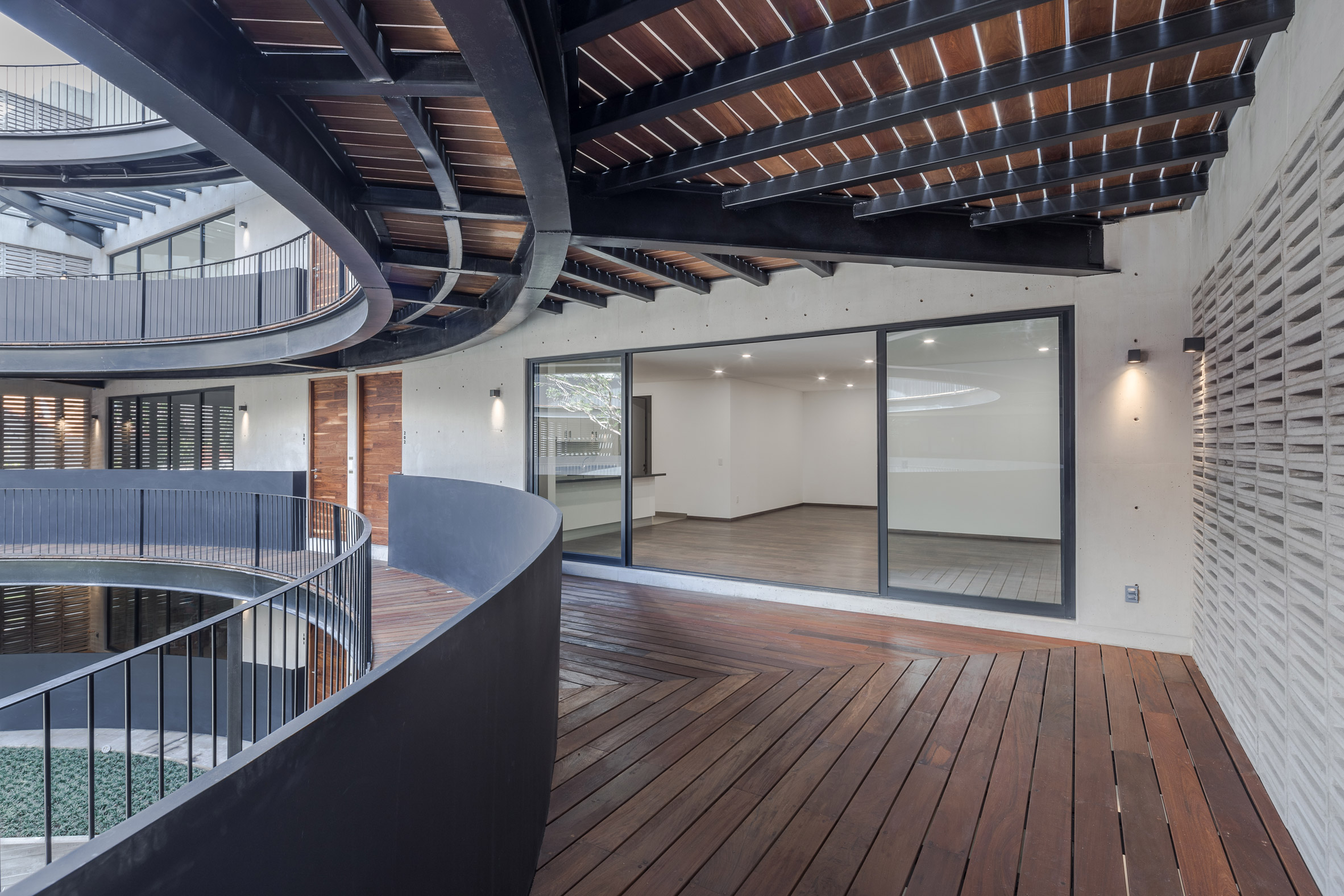 “The design of the circle creates four triangular shaped terraces, which are part of each of the individual apartments,” added HGR Arquitectos, which previously completed a brick housing complex organised around a line of patios. 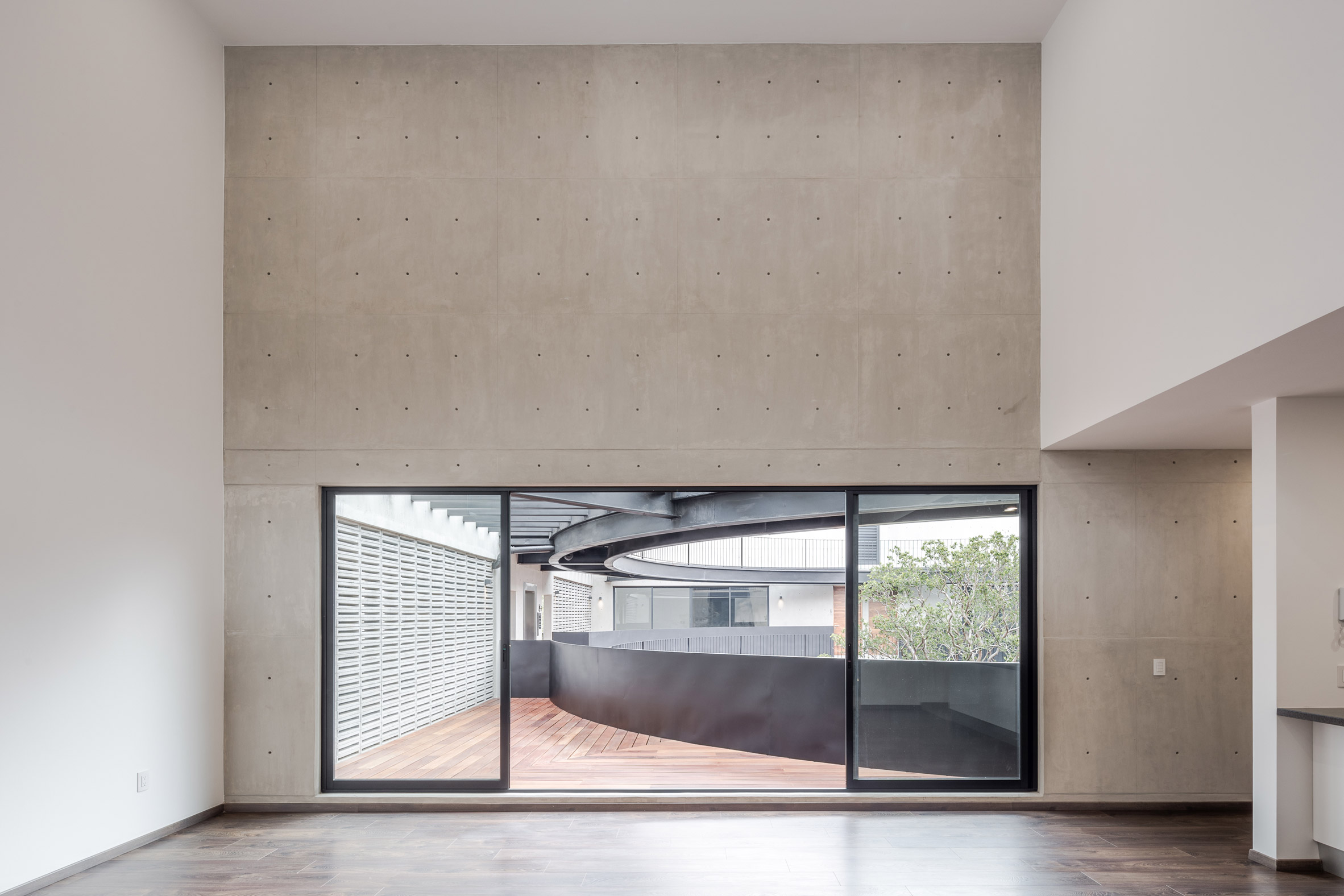 The typical apartment layout on the ground, first and second floors is a three-bedroom unit, with as many bathrooms.

HGR Arquitectos placed the communal spaces next to the courtyard, allowing residents to open their kitchen, living and dining areas onto the semi-private patio.

Bedrooms are placed farthest away from the courtyard, on the building’s east and western facades. From the exterior, these are articulated as a gridded concrete frame, which is 12 bays wide and planted with lush greenery.

“Vegetation was strategically placed in all the bedrooms, which generates green views and helps as a sound barrier to the noise generated in the streets,” said the firm. 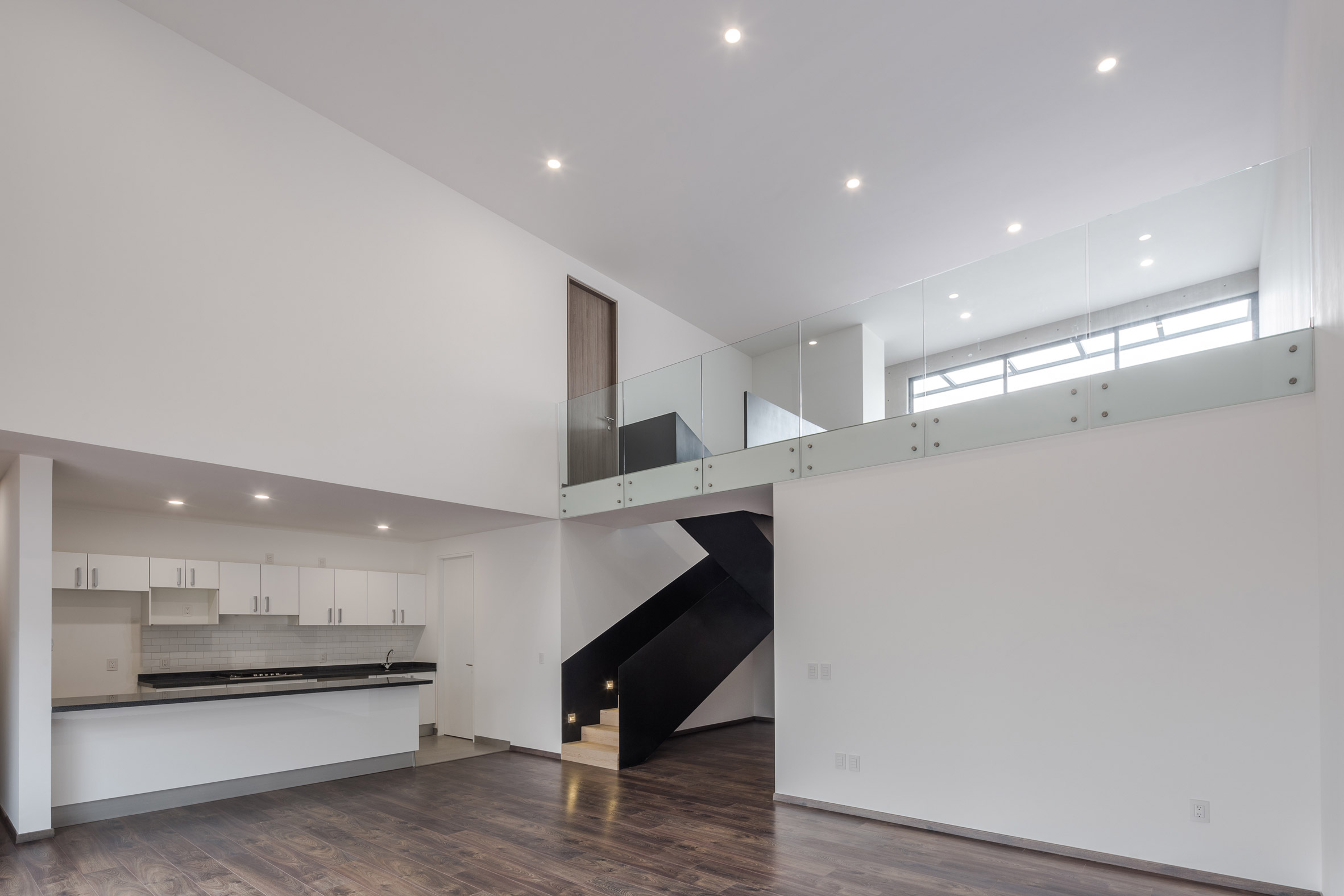 Each bedroom enjoys two windows, one of which is full-height and opens onto a small balcony set in the deep facade. 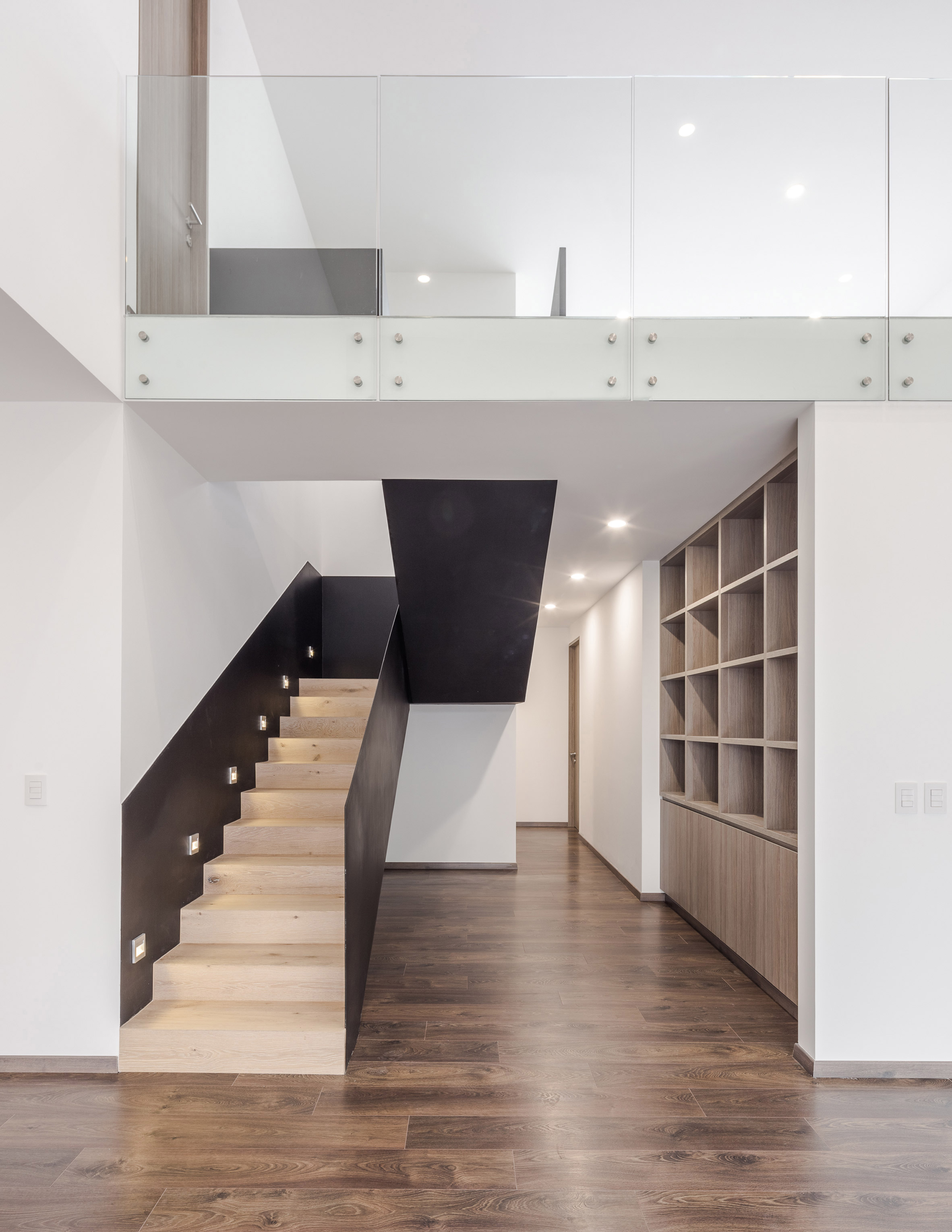 Penthouse units are double-height, with access to a rooftop terrace. They also encompass three bedrooms, but have an additional lounge area overlooking the living room. 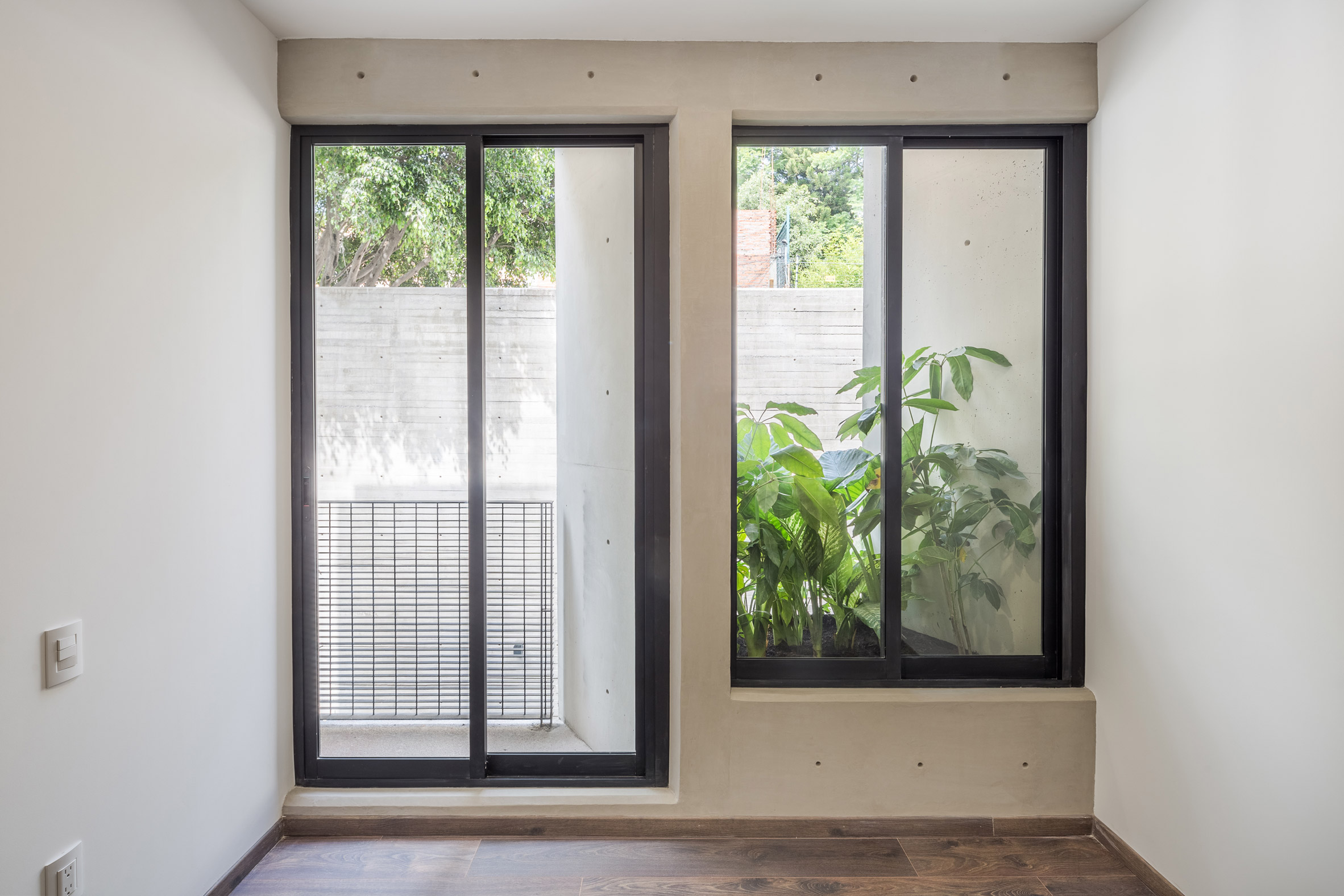 The interiors of MX581 match the stark concrete exterior, including pale white finishes that are offset by rich wooden floors.

This reflects the treatment of the courtyard, where wooden decking and doors bring colour to the otherwise concrete exterior finishes. 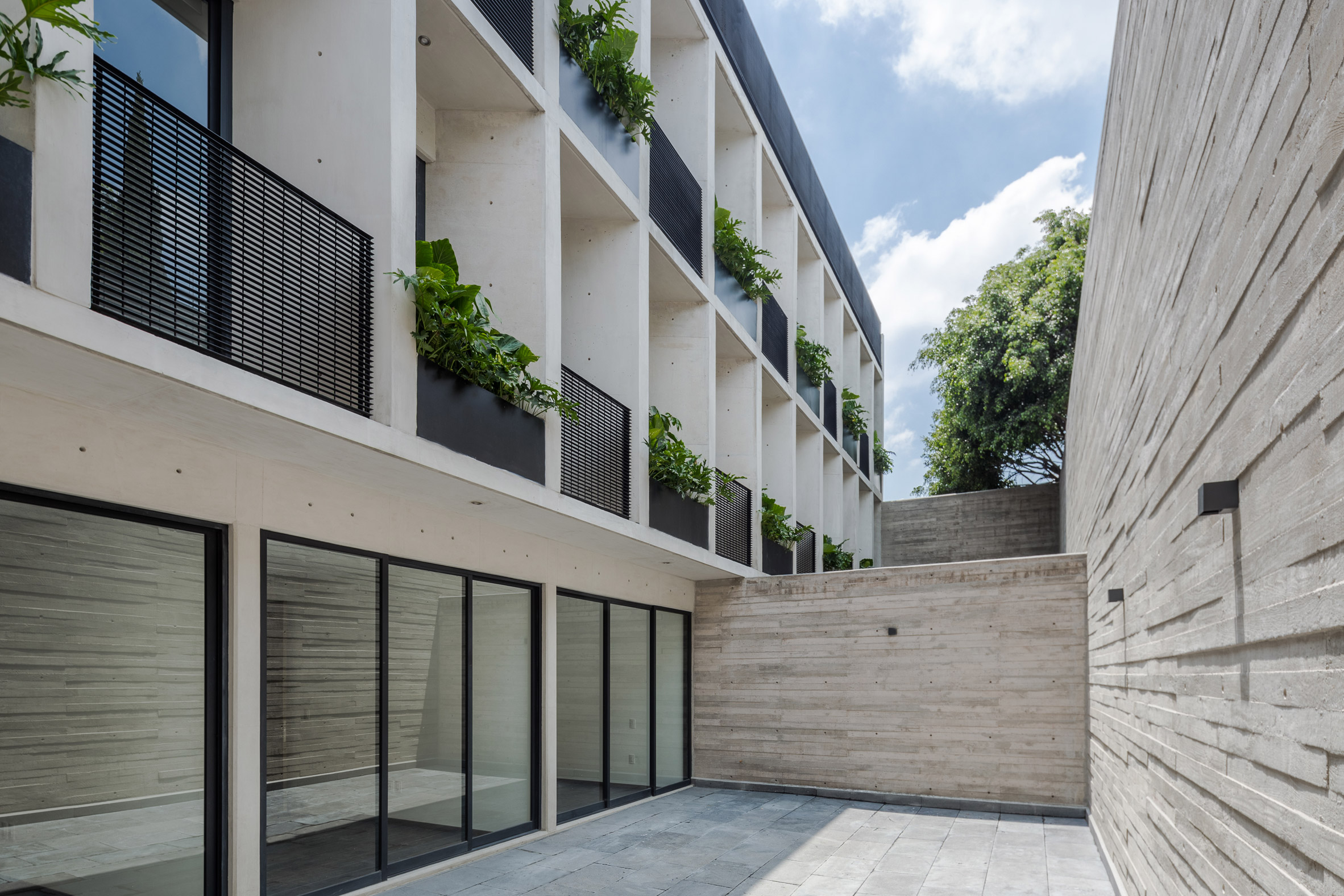 Photography is by Diana Arnau.