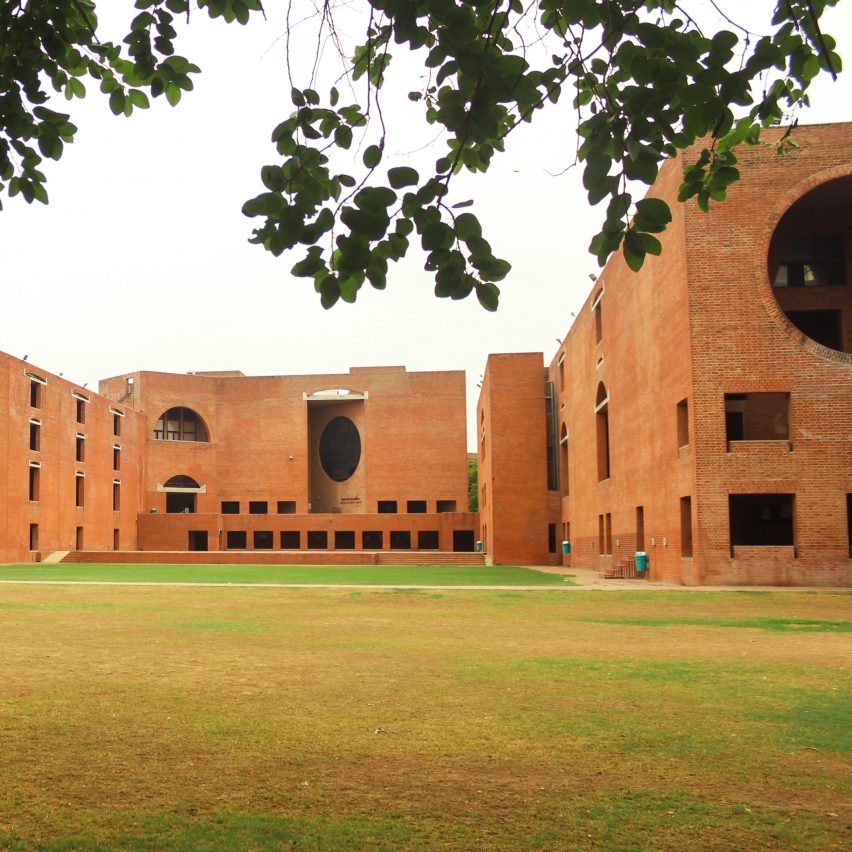 Plans to demolish part of the Indian Institute of Management Ahmedabad by architect Louis Kahn have been withdrawn following an international outcry.

The management school‘s board of governors yesterday announced it had abandoned plans to demolish a cluster of brick dormitories that forms part of the monumental campus.

In a letter announcing the decision, the board of governors acknowledged the impact of global protests against the proposed destruction of 14 of the 18 dormitory buildings.

“You have sought to remind us that the dormitories designed by Louis Kahn are a cultural legacy and that these buildings are to be seen as an integral part of the ensemble of buildings that constitute the campus,” said the letter.

“We are acutely cognizant of the place that the institute and its architecture occupy in the larger community, and of the responsibility that comes with being custodians of the legacy that Louis Kahn bestowed on us.”

Protests erupted last month after the school, located in Ahmedabad in the Indian state of Gujarat, published an expression of interest seeking proposals to replace the crumbling 1970s dorms with new buildings.

A petition to save the buildings organised by the Architectural Review has so far garnered over 13,000 signatures.

“The institute recognizes that it has a cultural legacy to nurture,” wrote the school’s board of governors yesterday as it announced it had reversed its decision to pull down and replace the structures.

“At the same time, there can be no compromise on the safety of the residents of the dorms.”

Work on IIM Ahmedabad began in 1962 and was completed in 1974, the same year that American architect Kahn died.

The campus comprises the Vikram Sarabhai Library, the main school complex as well as the dormitories.

“It is one of the outstanding works of the time, of any time,” wrote architectural historian William JR Curtis in the Architectural Review last month after hearing of the planned demolition.

“It is a monument that belongs to both India and the world, an artistic achievement of the highest order deserving the label of universal patrimony of humanity.”

However, since completion, the complex has “undergone dilapidation and structural deterioration,” according to the board of governors.

Kahn’s structures were built with “second-class bricks” that have become brittle and weak, with masonry suffering water damage. The buildings suffered extensive damage in the 2001 earthquake that hit Gujarat.

The library and one of the dormitories were recently restored by Somaya and Kalappa Consultants, but the restored dormitory was deemed unsafe.

This led the board of governors to seek submissions from architects to replace the bulk of the dorms while it continued restoration work on the faculty wings, the classroom complex and the dormitories at the periphery of the complex.

“However, we are sensitive to the feedback from some stakeholders who are not in agreement with this approach,” the letter from the board of governors concluded.

“We are therefore withdrawing the Expression of Interest that was put out,” said the letter. “We will deliberate on the feedback received, re-evaluate the options, consult the best global conservation and structural experts, and chart out a course of action, which the institute will communicate in due course.”

“We seek your support as we try to find the best answer to the issues of how to cater to our responsibility to a significant legacy, the safety of those who utilize the buildings as well as being in tune with the needs of the future.”

Born in 1901 in what is now Estonia, Kahn’s family emigrated to America in 1906 where he became one of the country’s most celebrated twentieth-century architects.

Kahn is known for his monolithic complexes of buildings including the Capitol Complex in Dhaka, Bangladesh and the recently restored Salk Institute in California.

Photography is by The Photography Club, IIM Ahmedabad on Wikimedia Commons.