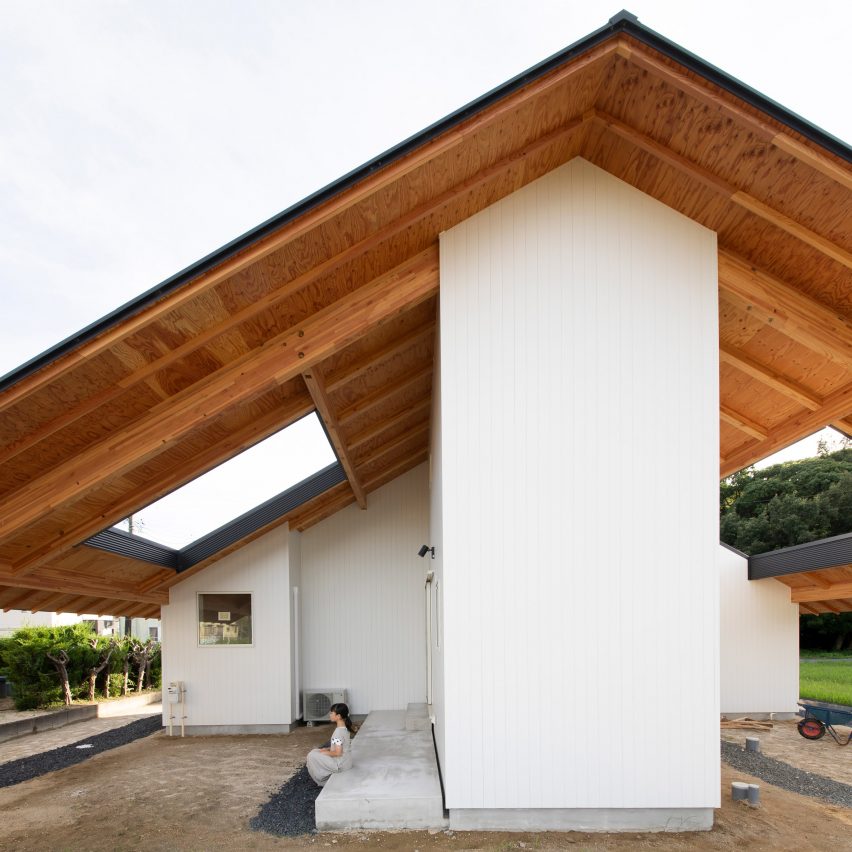 Named Kasa House, the home in the Japanese city of Kariya has an unusual plan with enclosed rooms only occupying a small amount of the space under the house’s roof.

According to Katsutoshi Sasaki + Associates founder Katsutoshi Sasaki, the aim of the design was to reverse the amount of space found under a typical Japanese house’s eaves versus its indoor space.

“The eaves of a Japanese house are usually placed at the edge of the building by about one meter, but in this project, the eaves are reversed and placed under the roof with a narrow interior space and depth,” he continued.

Under the large roof, the home’s rooms are arranged in a cross shape with each arm being 2.3 metres wide.

The cross shape means that all of the home’s rooms are alongside two of the four gardens that have been placed under the large roof.

Katsutoshi Sasaki + Associates intends that these covered gardens be used as an extension of the home’s living spaces.

“The large space under the eaves of the house allows life to extend outside, except in the middle of winter,” explained Sasaki.

“In today’s Japan, where most of the houses are closed with a strong emphasis on privacy, the outside is rarely considered as a living space.”

A glass-walled dining room is positioned between two arms of the cross to provide a bright eating space alongside the garden.

Established in 2008 Katsutoshi Sasaki + Associates is an architecture studio based in Toyota, Japan. The studio has previously designed an unusually skinny house on a three-metre-wide site and a hexagonal home that features suspended wooden slats hung across the central living room.