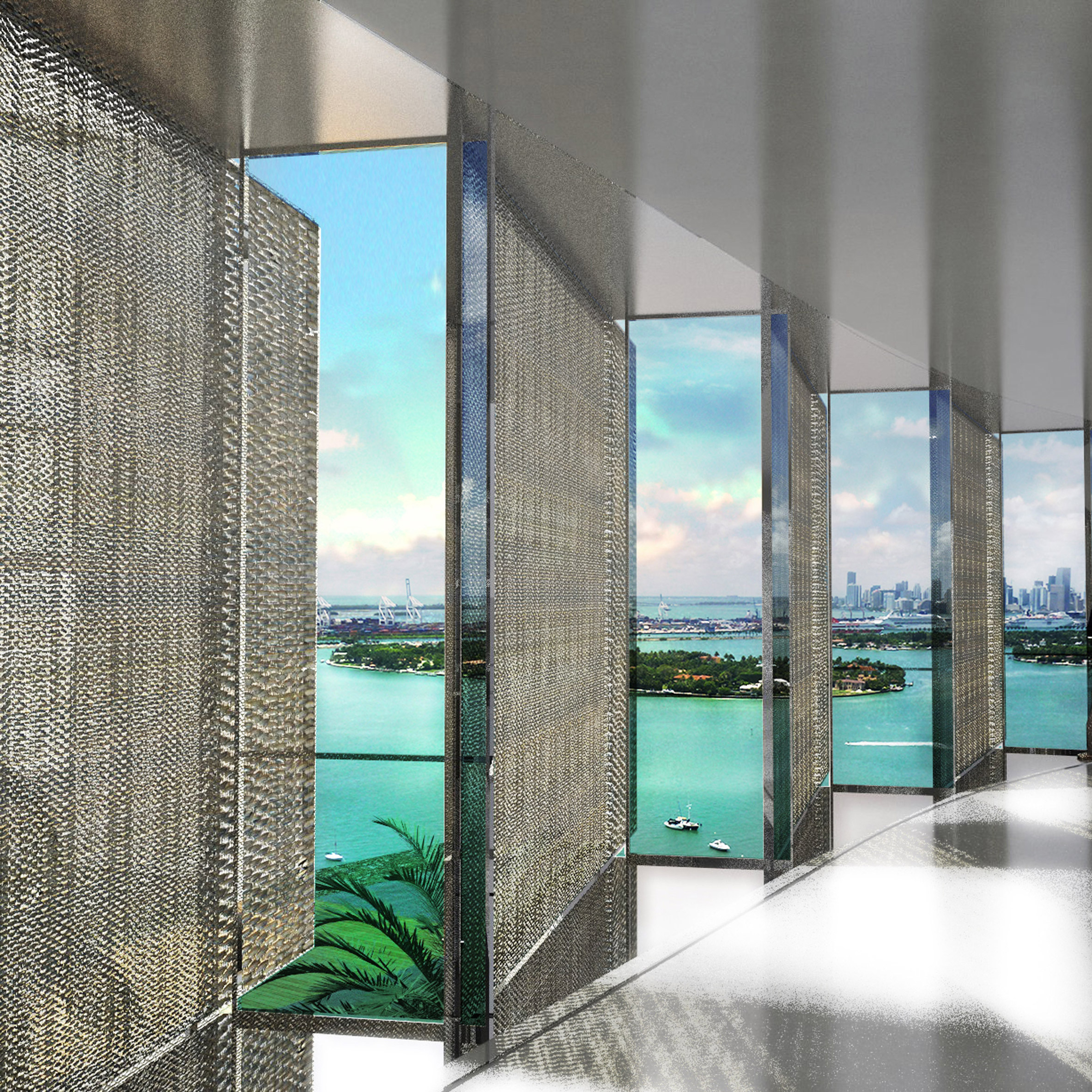 The 14-storey Monad Terrace project has begun construction in South Beach since gaining $62.5 million (£47.4 million) worth of funding, according to developer JDS. 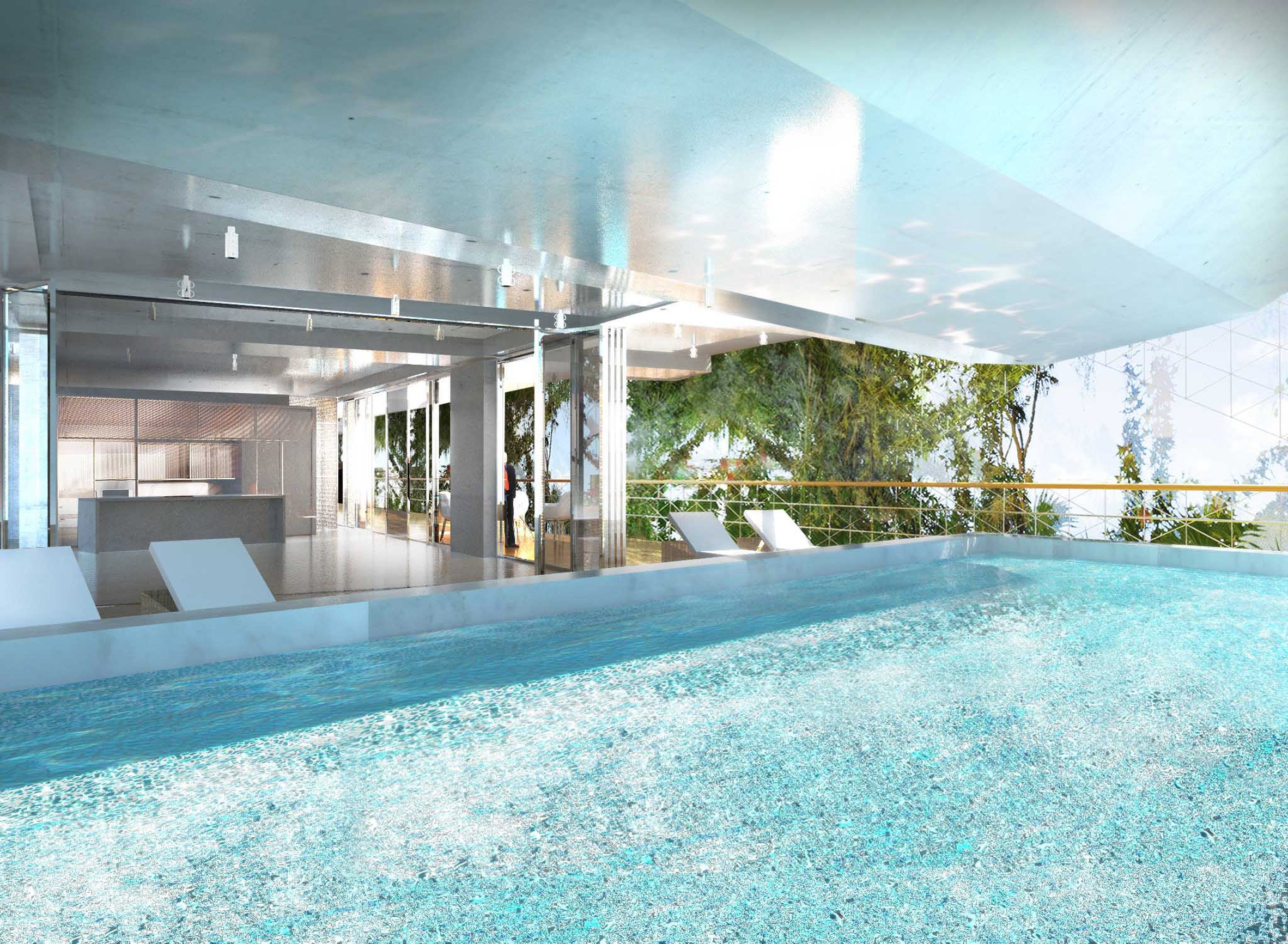 Work has reportedly commenced on its structural podium, which will lift the building 11 feet (3.4 metres) above sea level to combat rising waters caused by climate change. 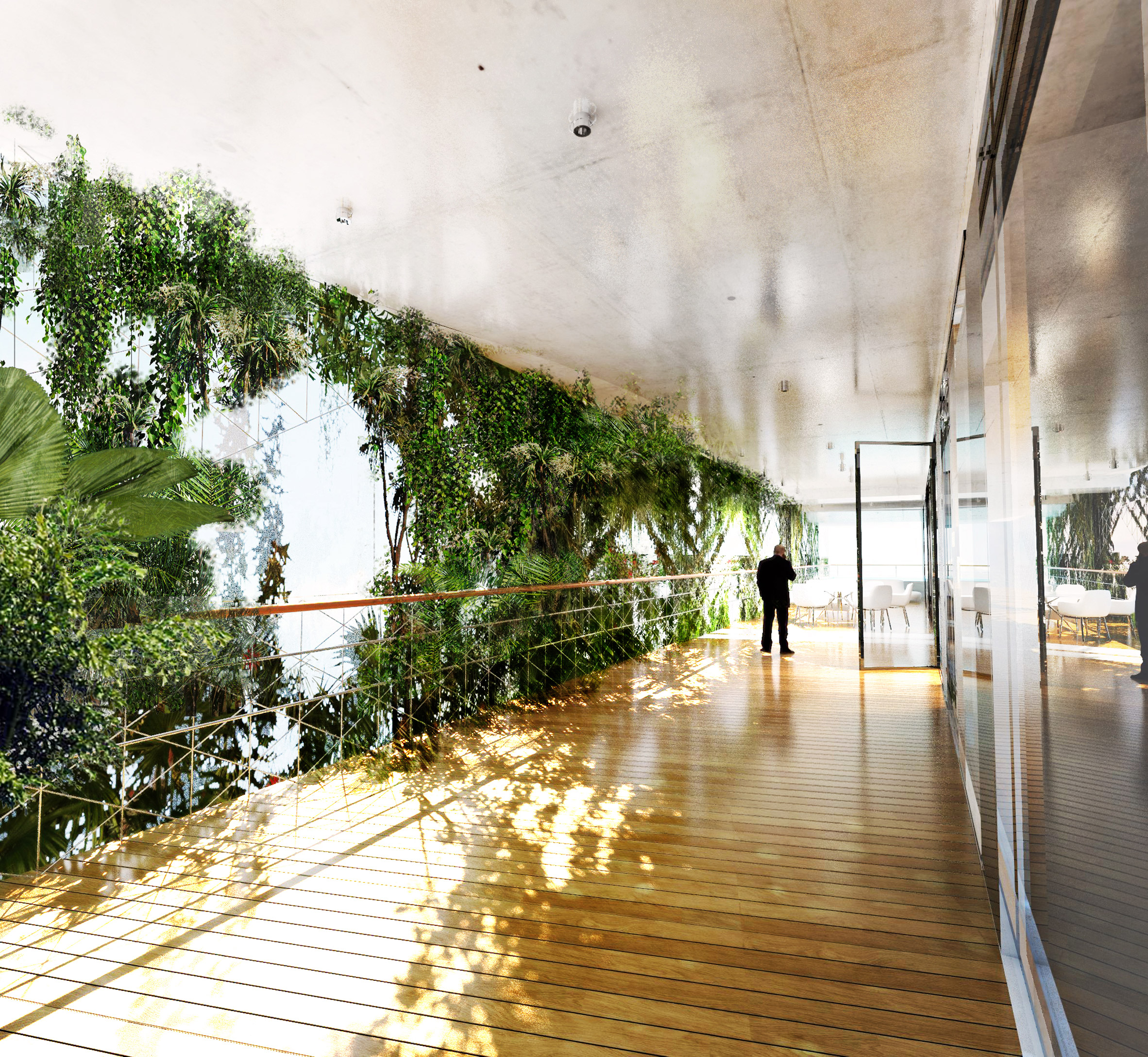 The city recently instated a building code that requires new structures to be elevated at least six feet (1.83 metres) above sea level, with hopes to alleviate future flooding problems, and Nouvel‘s project is the first to comply. 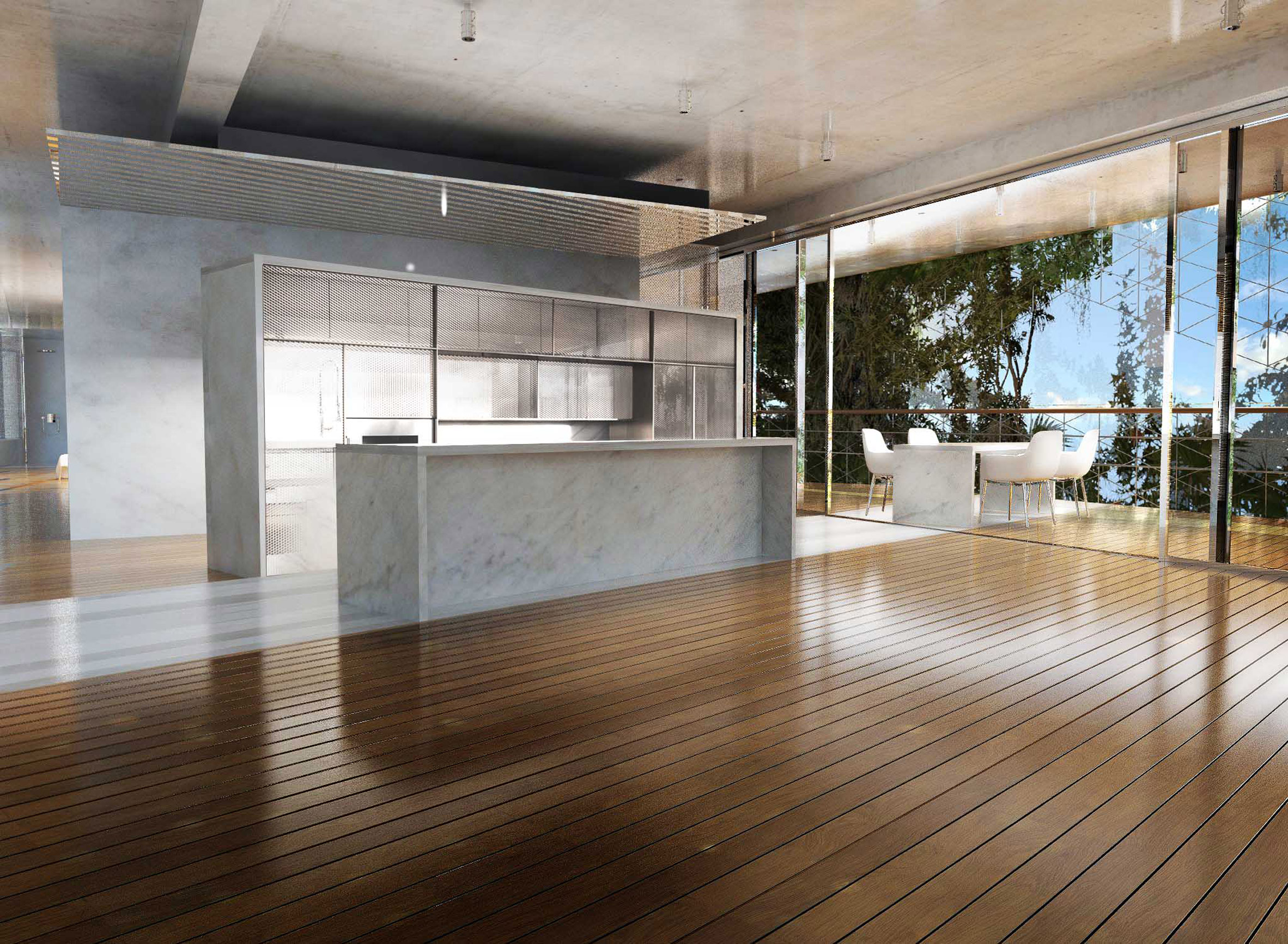 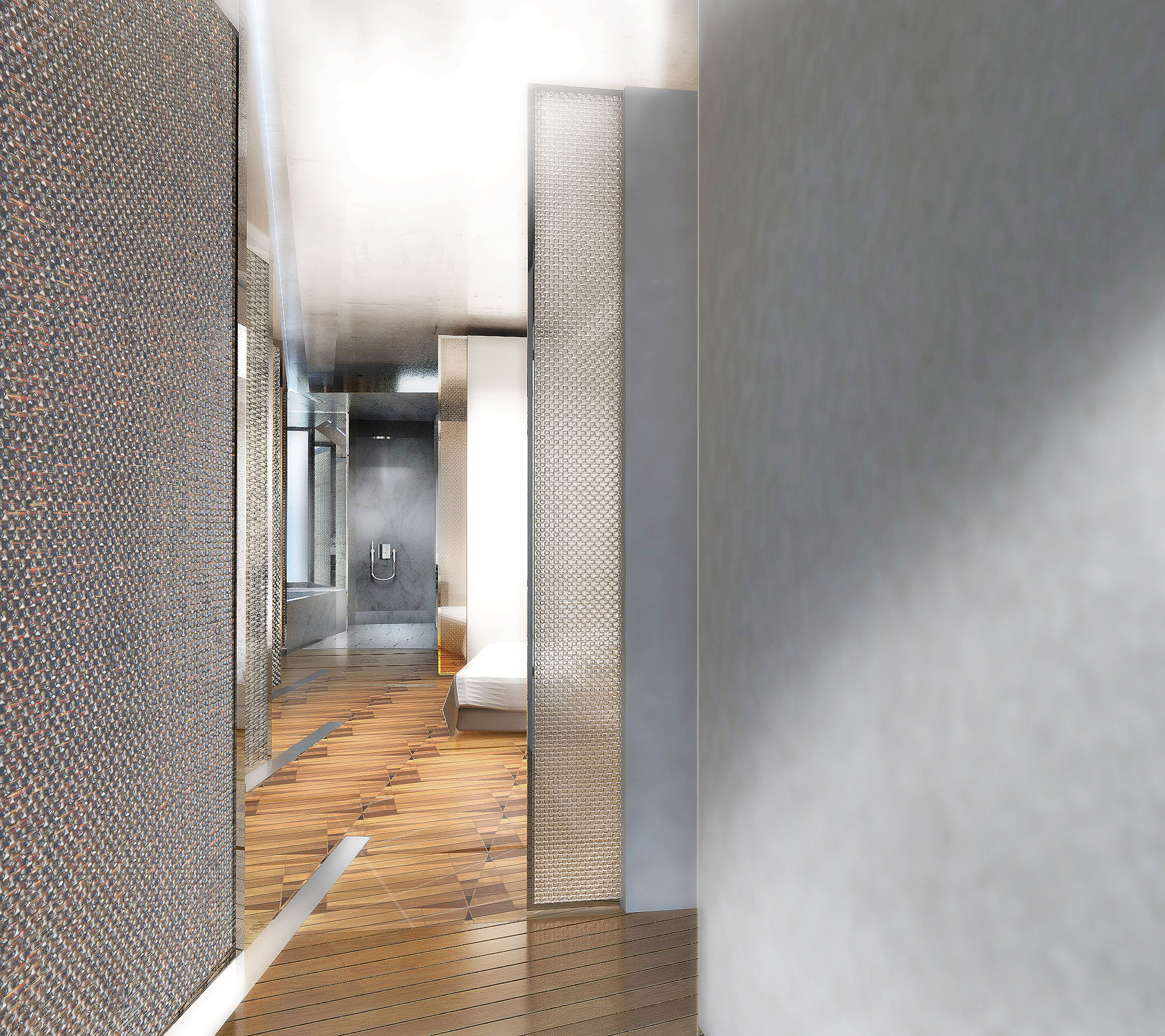 Previously unseen images released to coincide with the step forward in progress show the interiors of the condos, which will include their own private terraces with floor-to-ceiling glazing framed with polished metal. 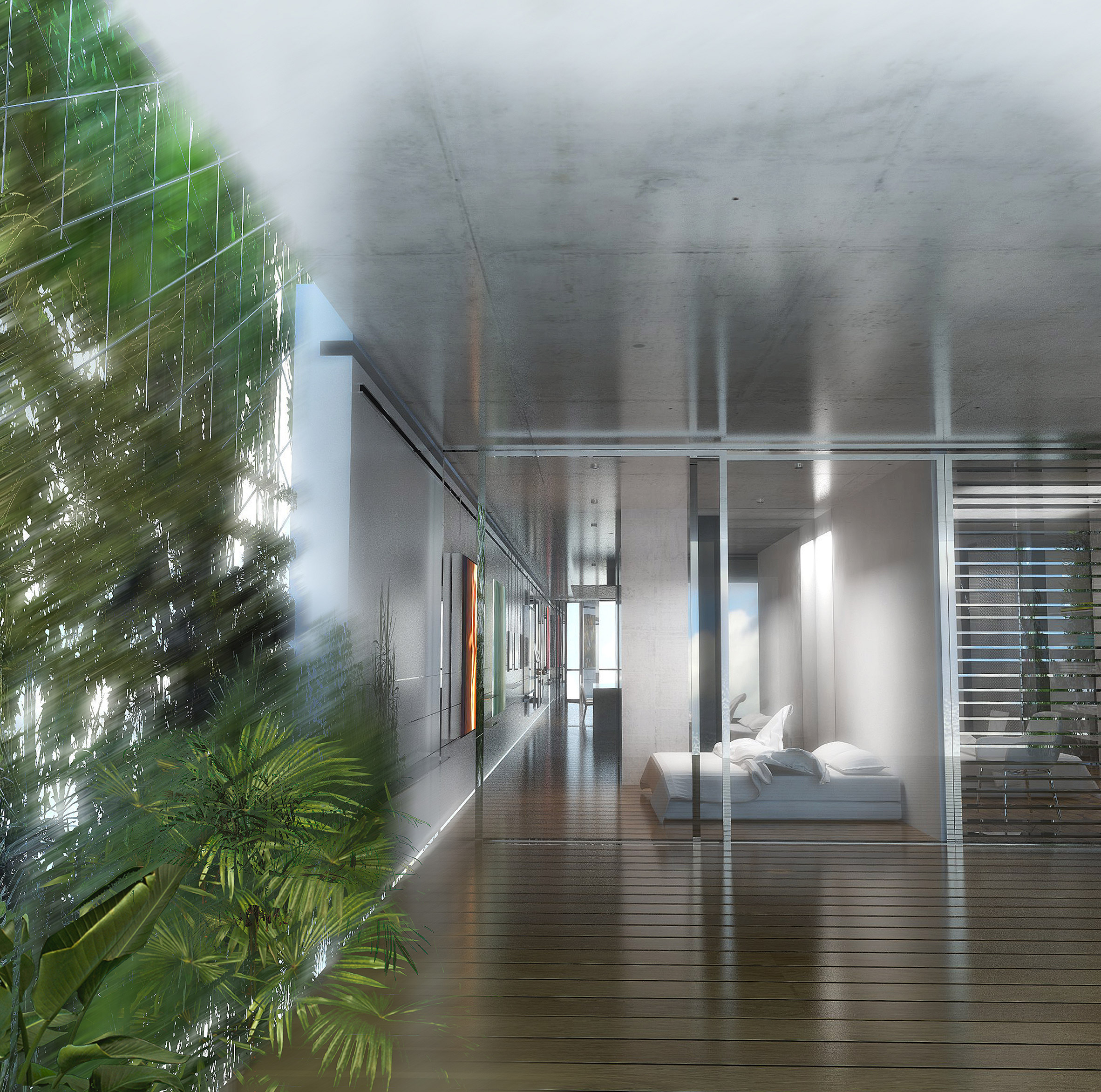 A major feature of the design is a series of angled gauze-like panels on the exterior, which will help to diffuse the bright sunlight entering the apartments. Plants will grow over trellises in front of the balconies to also increase privacy and shade. 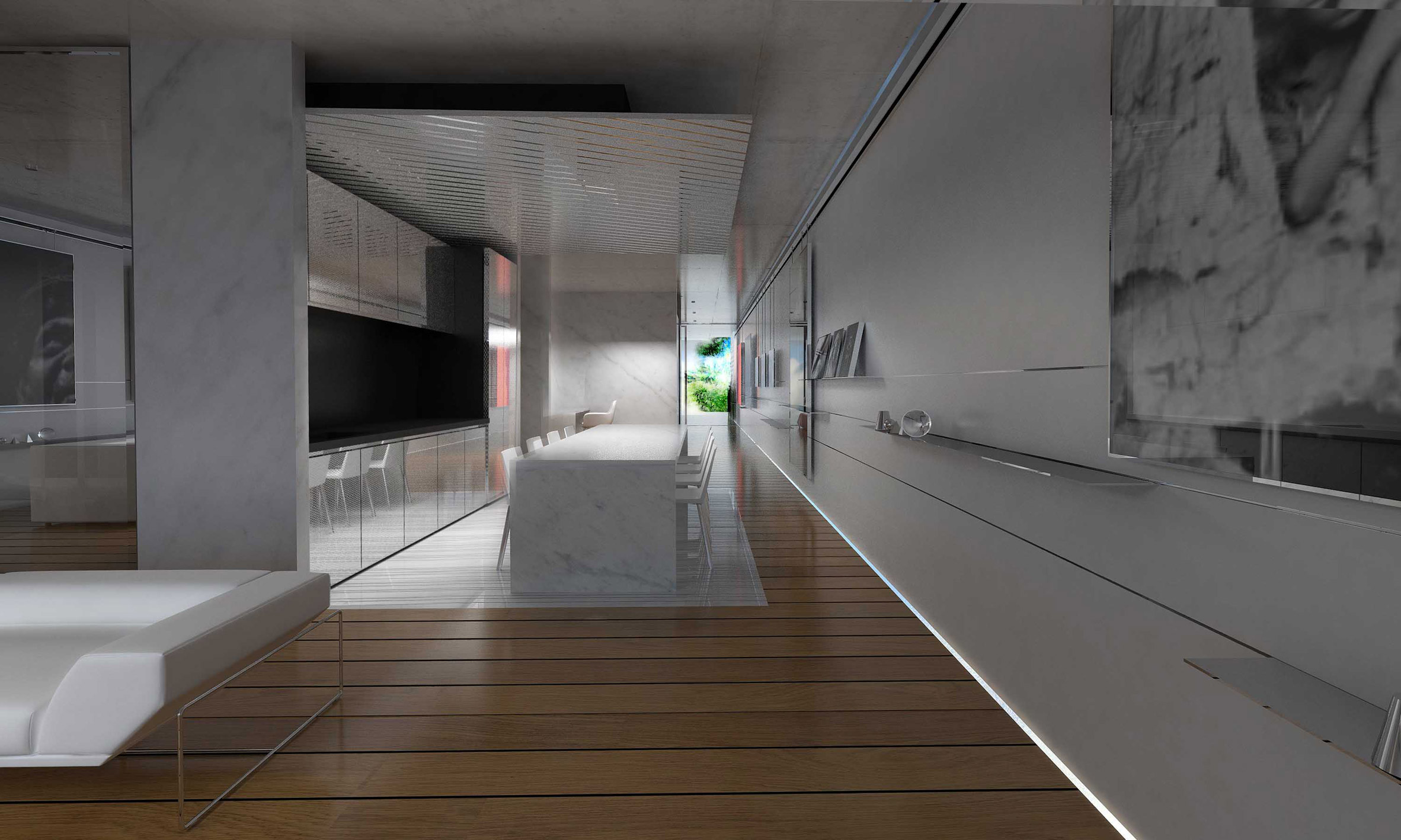 The interiors are designed to be clean-lined and minimal. Walls are painted grey and white, with inset lighting used throughout to add ambiance and reflect off the silver finishes. The kitchen and living areas will include white cabinetry with white marble countertops, as well as wood floors that will extend out to the terraces. Nouvel is known for incorporating nature into his contemporary designs. Examples include glistening bird-shaped tiles covering the Philharmonie de Paris, a white mixed-use tower in Cyprus draped in greenery, and a plant-covered tower in Sydney that has a massive cantilevered roof. He is one of several famous architecture firms with residential projects underway or recently completed in the Miami area. Zaha Hadid Architects, Foster + Partners, BIG, Herzog & de Meuron, OMA and many more are all working in the South Florida city.

Renderings are by Atelier Jean Nouvel. 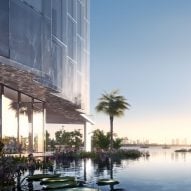