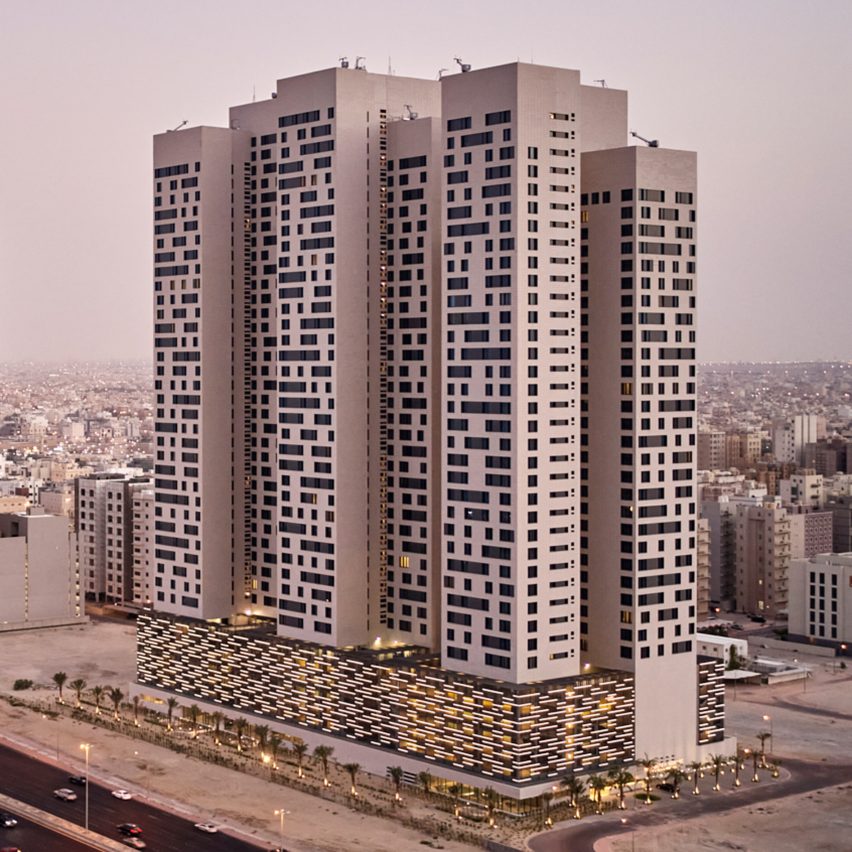 The Tamdeen Square development is part of a new urban district located in the south of the city, next to the Fahaheel highway that extends south along the shore to the border with Saudi Arabia.

AGi Architects, which has offices in Kuwait and in Madrid, Spain, was tasked with designing three 40-storey towers that join other high-rise buildings arranged along the highway.

The project, which was initiated by local real estate firm Tamdeen Group, is intended to create a new landmark at the district’s eastern border. The mixed-use neighbourhood predominantly comprises low-to-medium-rise residential and retail buildings.

The architects explained that the uniform design of the buildings gives them a collective identity within the cityscape, while the internal spaces respond to the importance of privacy in Kuwait.

“The design is the result of an in-depth research we developed on the local lifestyle of Kuwaiti society,” the firm’s principals Nasser Abulhasan and Joaquin Perez-Goicoechea told Dezeen.

“Our aim was to find alternative approaches to housing in the country that are socially relevant, culturally grounded and context-driven.”

Each tower contains 120 residential units, which are arranged three per floor across each of the 40 storeys. The apartments vary in their layout and aspect, with the rhythm and scale of the facade openings making each one unique.

Responding to the need for privacy and separation between the units, three dedicated circulation cores provide semi-private access to the three apartments on each level. 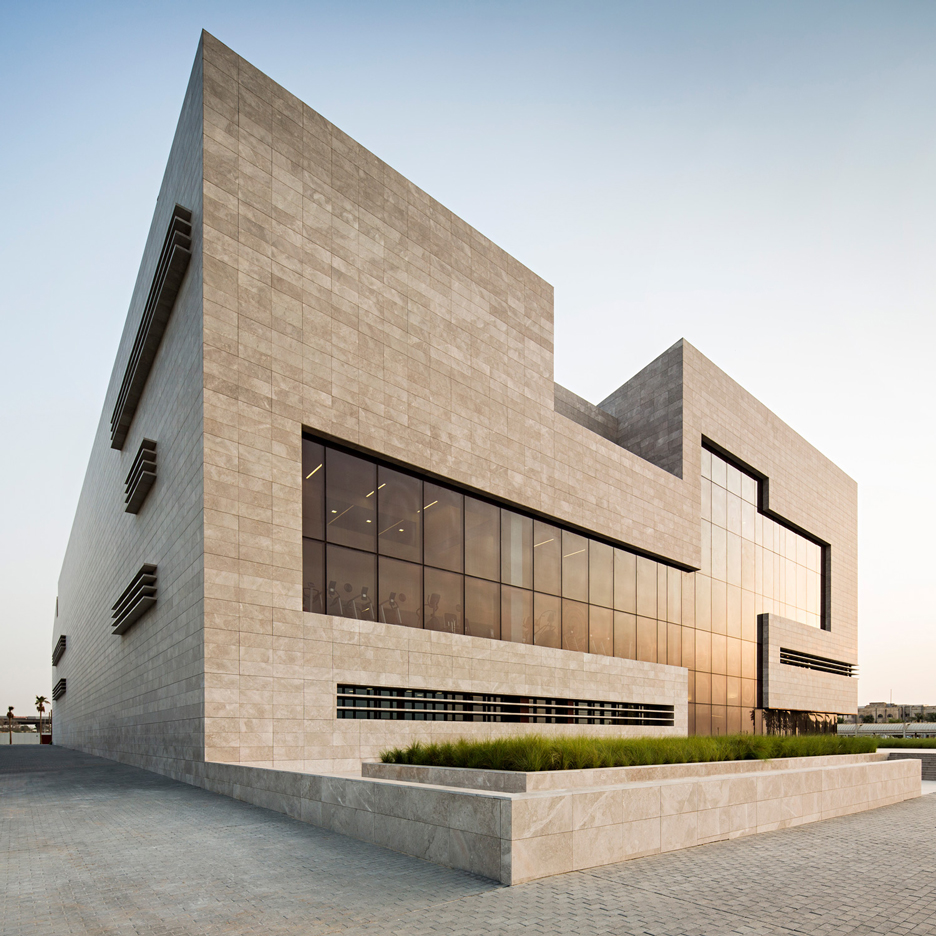 “This functional scheme allows the traditional ways of living in Kuwait to be preserved, although in this case, it is a high-density residential building and not the traditional single-family housing scheme,” the architects said.

“Our main aim was not to impose a new way of living completely imported from other cultures’ ways of life, but rather a transformation from the past that is translated into a vertical neighbourhood.”

The three dwellings on every floor share a common service area located in the central part of each tower, which houses facilities and circulation including the stairwell.

The towers rise up from a plinth that houses the parking areas. This podium elevates the lower residences, improving their views of the sea, and creates an enhanced connection between the common areas and an urban garden in front of the development.

The interiors are designed with a modern aesthetic that also references the locality. Traditional fabrics and decorative elements are used to complement contemporary furnishings sourced from premium brands.

Pérez-Goicoechea and Abulhasan both studied at Harvard University before founding AGi Architects, which seeks to create environments with lasting value by applying distinctive and imaginative solutions.

The firm’s previous projects in Kuwait include a cardiac rehabilitation centre designed to look more like a cultural building than a health facility, and a private home featuring stone facades that resemble origami.

The photography is by Mohammad Taqi Ashkanani.