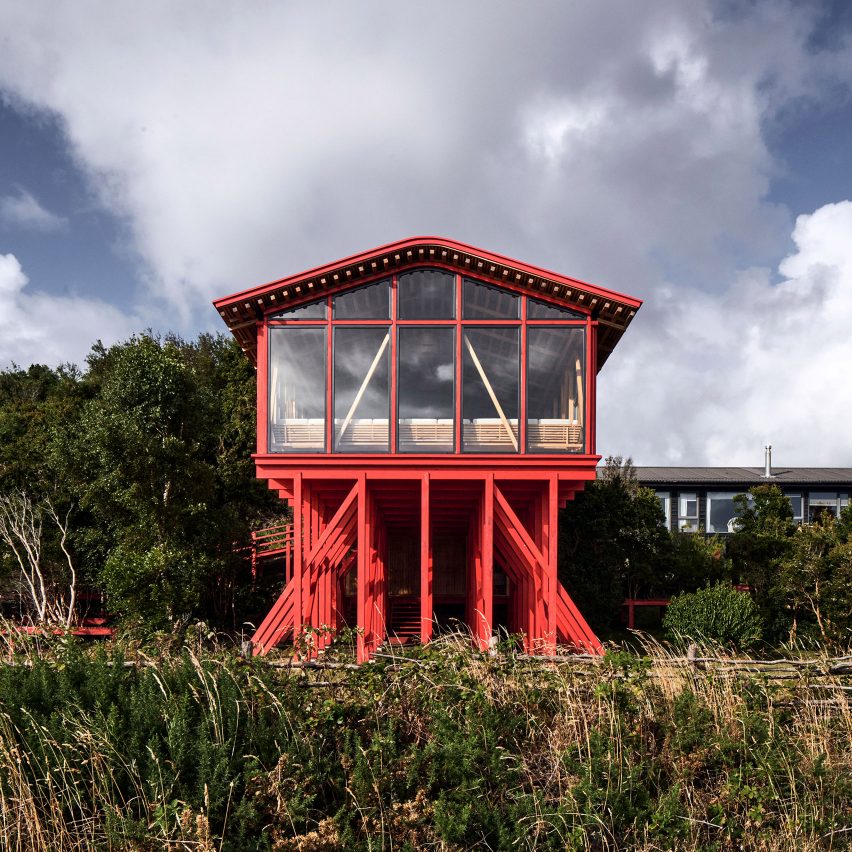 Punta Chilen by Guillermo Acuña Arquitectos Asociados is a house extension on bright red-painted pine stilts overlooking the sea on the island of Chiloe in Chile. The Santiago-based architecture studio designed the annexe as an open-plan living area and indoor barbeque spot for a house next to the mouth of the Chacao Channel. Punta Chilen is 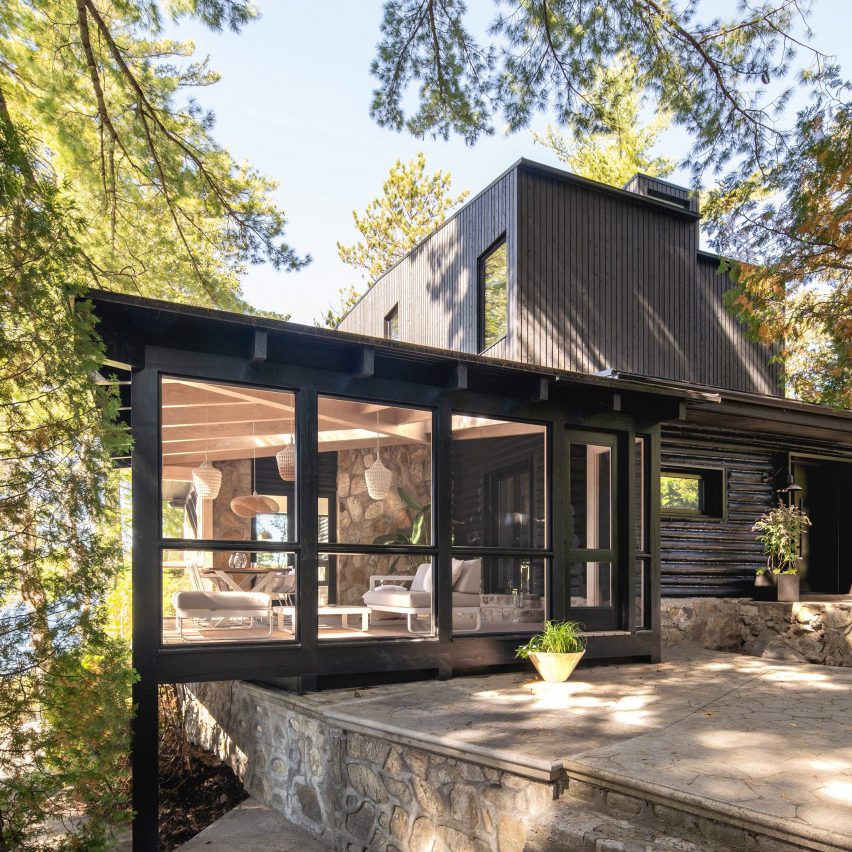 Canadian studio Paul Bernier Architecte has designed a contemporary extension for a lakeside dwelling in Quebec made of timber and stone. The project, called Cottage on the Point, entailed the renovation and enlargement of a log cabin that has been in one family for 40 years. The dwelling is located in Lanaudière, a scenic region 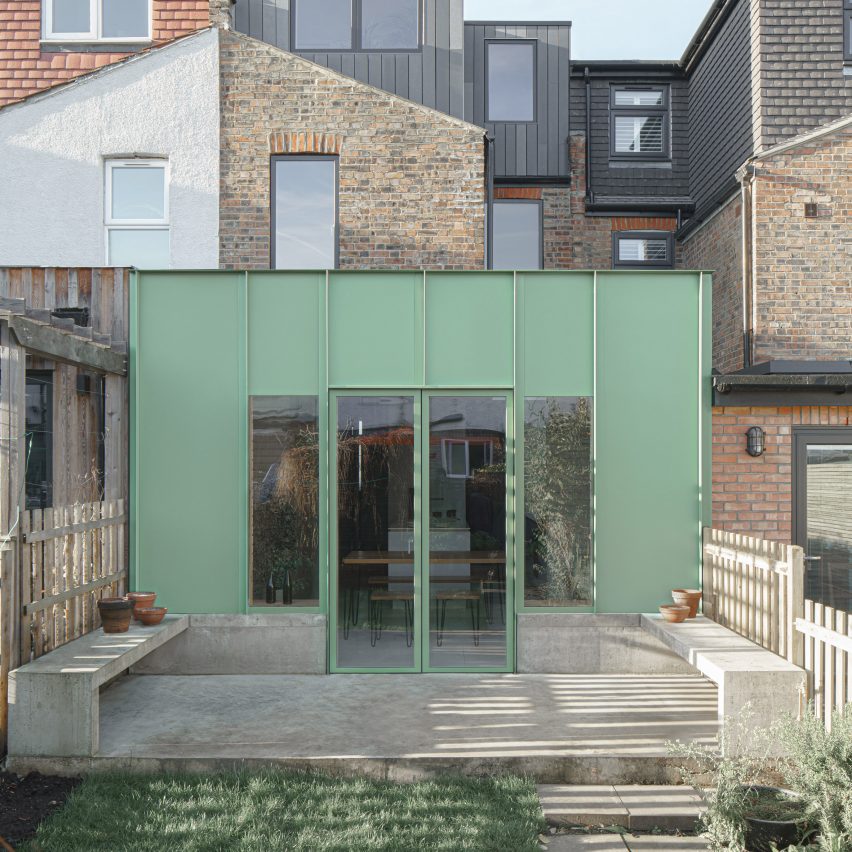 Architecture studio DeDraft has remodelled a terraced house in east London, adding a kitchen extension clad in green aluminium panels that connects the interior with the garden. Hackney-based DeDraft oversaw the modernisation of AR Residence in Walthamstow for an illustrator and librarian who were keen for colour to play a leading role in the project. According 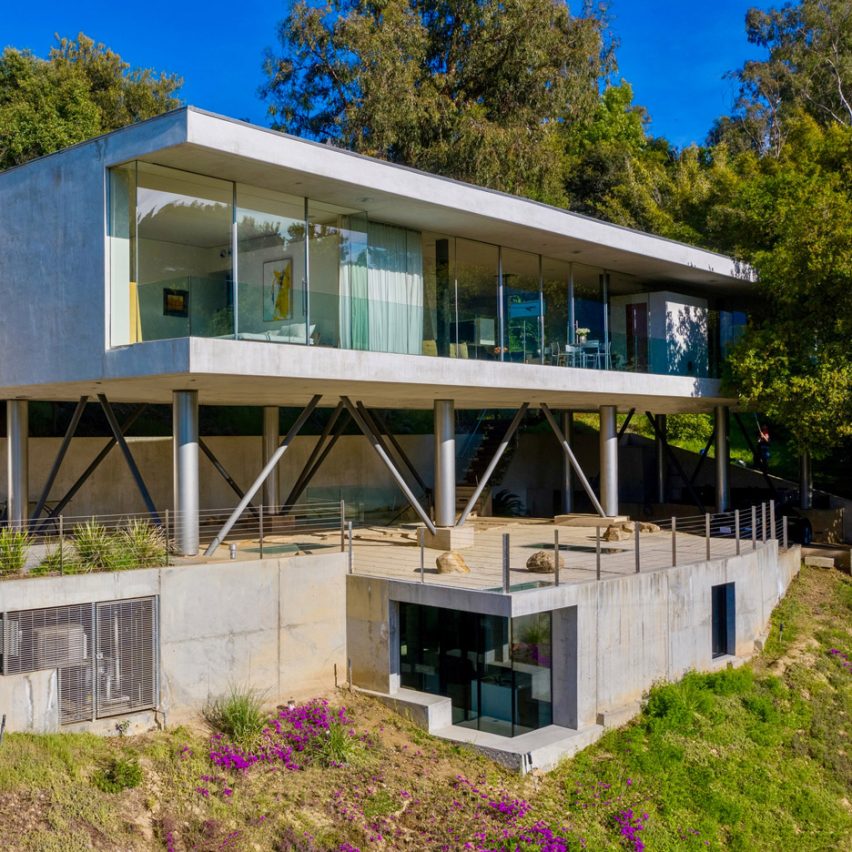 Architect Gerhard Heusch has completed a subterranean extension for his own 15-year-old home that sits atop pilotis over a hillside in California. The home office space is an addition to the architect’s Oak Pass Residence in Beverly Hills, which was originally completed in 2006. “I now have the most serene office commute that I could have 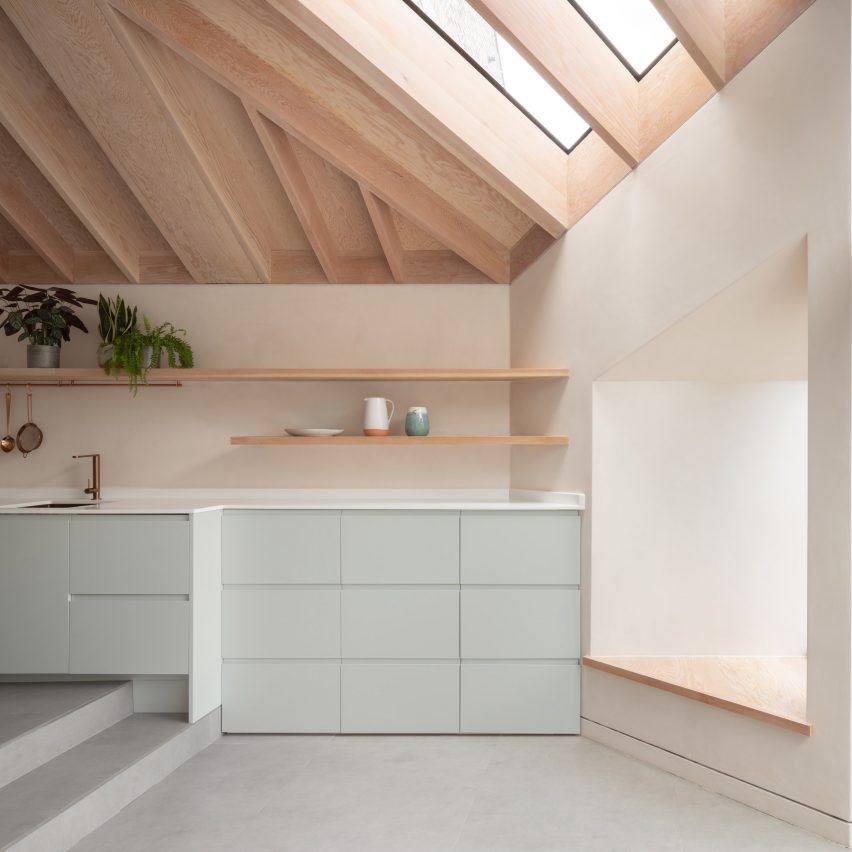 Proctor & Shaw has completed an L-shaped extension with angular glazing that connects a terraced house in southwest London to its leafy garden. The Quarter Glass House project overseen by London studio Proctor & Shaw involved the refurbishment of ground-floor spaces at an Edwardian property in Wimbledon Park. The new extension replaces a leaky PVC

The post Quarter Glass House by Proctor & Shaw is an angular extension to an Edwardian terrace appeared first on Dezeen. 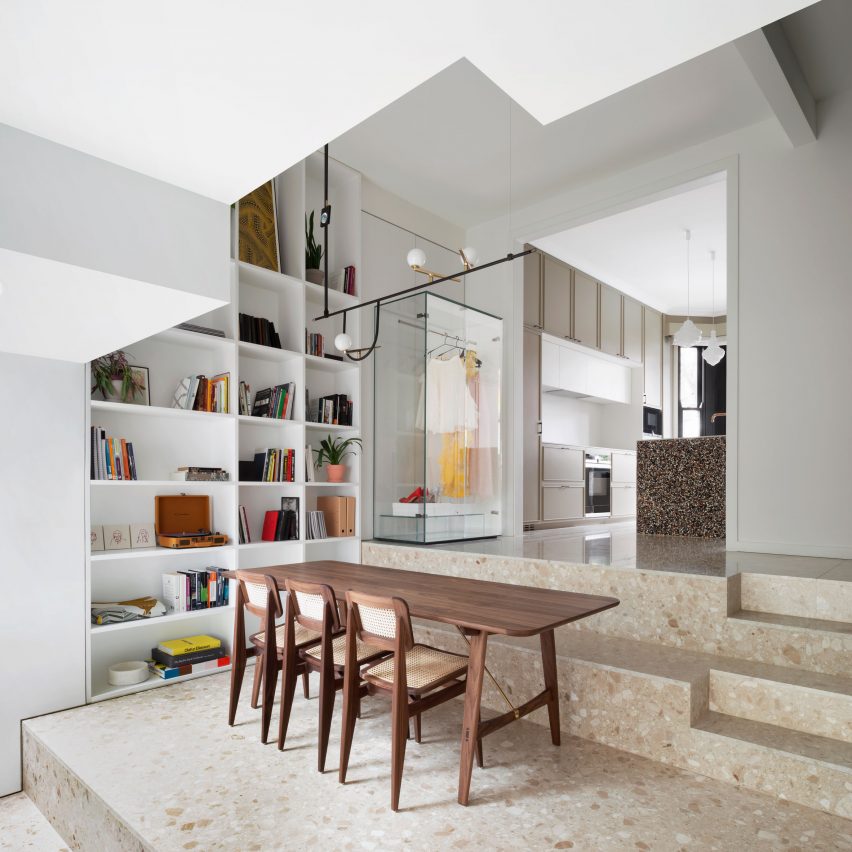 London studio Bureau de Change has used different varieties of terrazzo to create a richly textured interior for a remodelled family home. Frame House is a Victorian terraced home in south London, renovated and extended by Bureau de Change for a property developer and her family. The project involved adding a rear extension, converting the 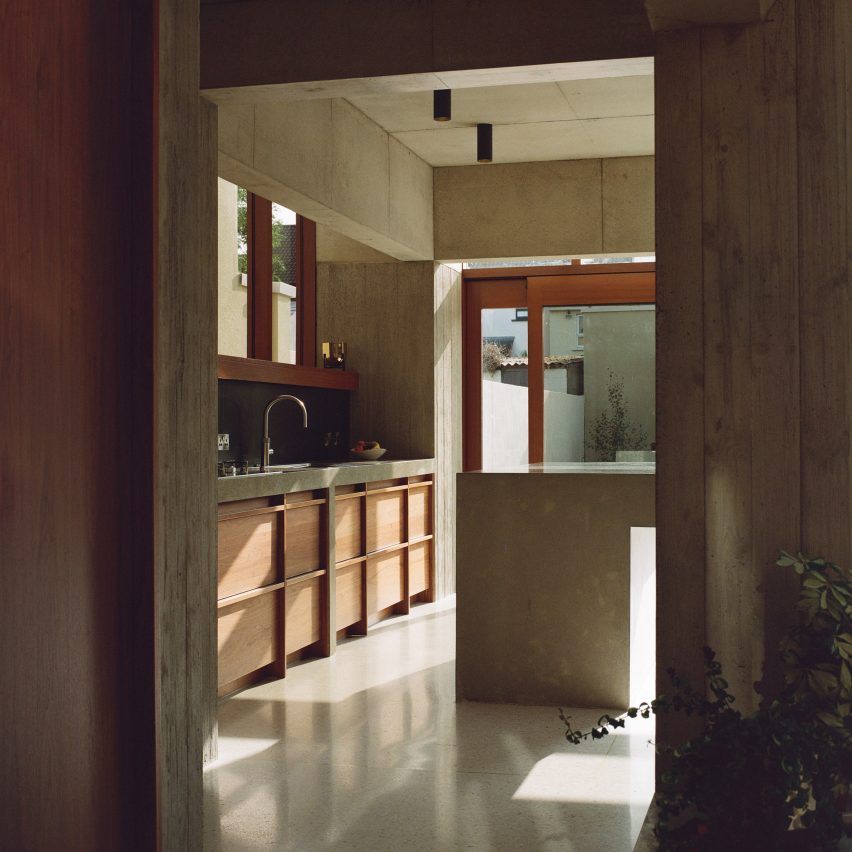 TOB Architect has added a monolithic extension to a Victorian townhouse in Dublin, Ireland, with exposed concrete interiors that are intended as a protective shell for its inhabitants. Named Hollybrook Road after the street on which it is built, the statement extension was designed for a young family that offered Irish studio TOB Architect an open

The post Concrete house extension in Dublin recreates feeling of “being a child under a very robust table” appeared first on Dezeen. 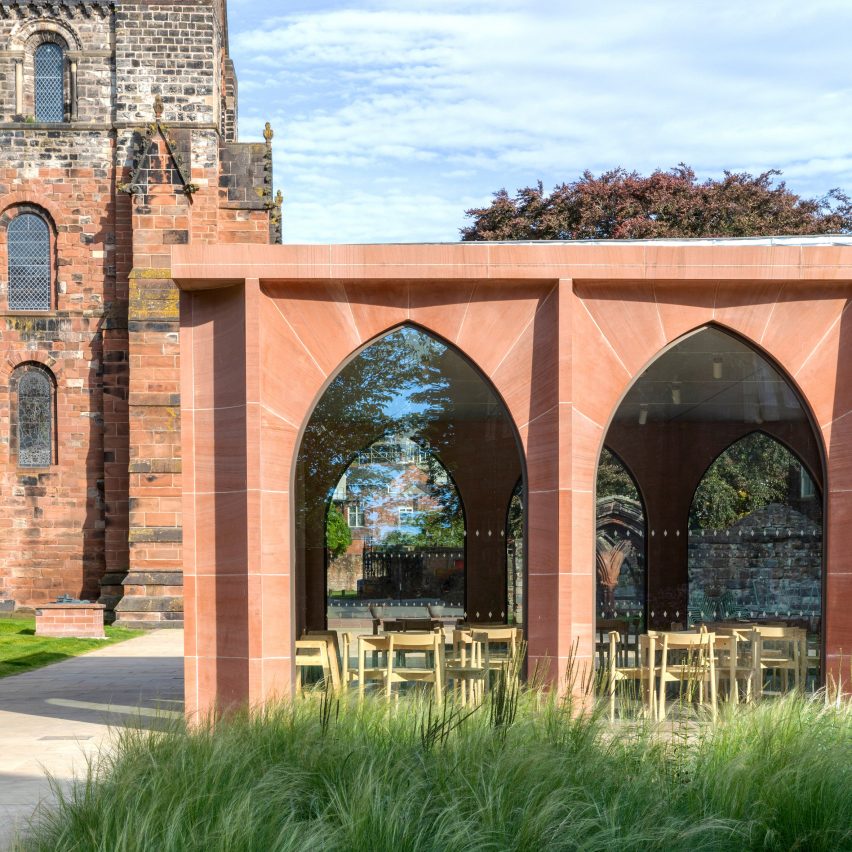 Feilden Fowles has refurbished the medieval dining hall at Carlisle Cathedral in north-west England and extended it with a red sandstone entrance pavilion. Befittingly called The Fratry, the name for a priory refectory, the overhaul makes the 16th-century listed building publicly accessible for the first time. Feilden Fowles converted the hall and its vaulted undercroft into 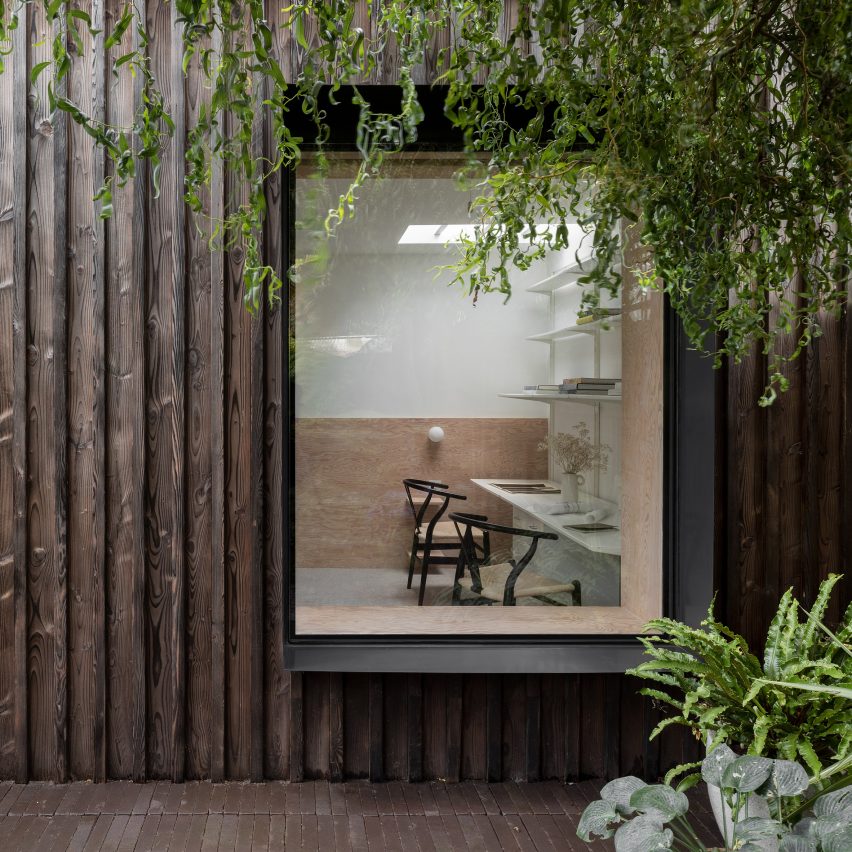 Minimal white living spaces lie behind the blackened timber facade of this extension that Studio Hallett Ike has added to a Victorian flat in north London. The flat, which has been titled ER Residence, occupies the ground floor of a Victorian terrace. Studio Hallett Ike said that, prior to its intervention, the flat had a 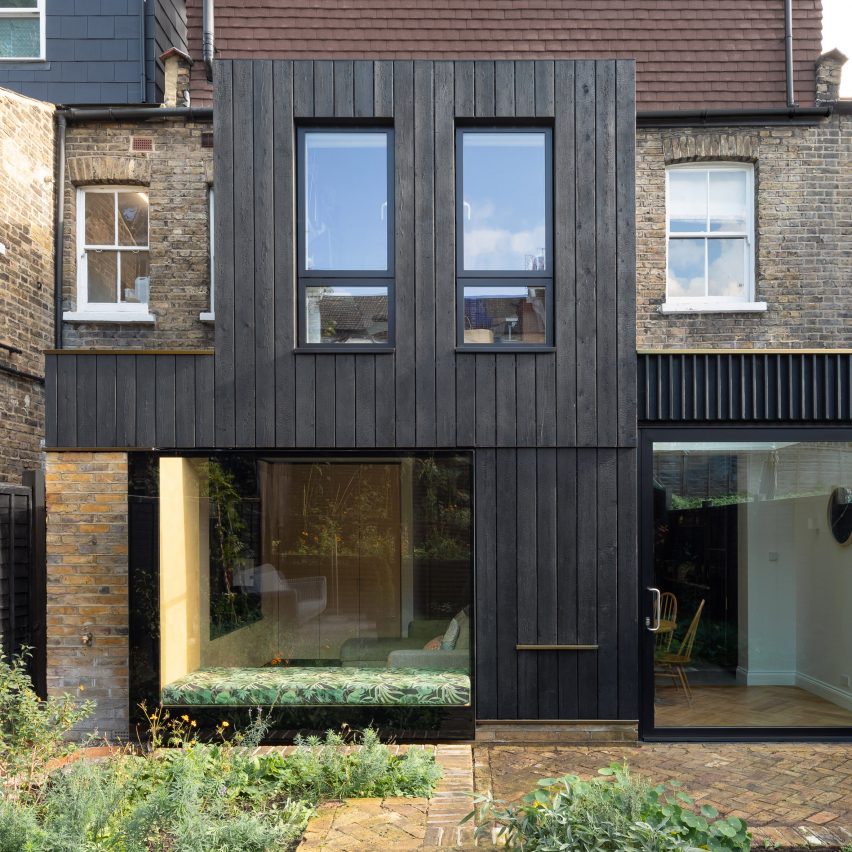 Rider Stirland Architects has remodelled the interiors of a Victorian terraced house in south London by adding a small rear extension clad in blackened wood and London stock bricks. Aptly named Charred House, the project was carried out for a family of five to help make more efficient use of their home and improve views