The premise of Faculty of Arts at Dhaka University is regarded as a center of historic and cultural significance which contains the most substantial monuments representing the Liberation War of Bangladesh, a landmark sculpture named Aparajeyo Bangla (meaning Unvanquished Bengal) and historic Bot-tola (a large Banyan Tree). The university authority wanted to address some issues by creating designated spaces for users through landscaped design interventions for the site. The premise was divided into;

Located on the outskirts of Wuhan, the Wiki World Natural Campsite is a rural practice teaching base and research camp joint by universities to serve rural revitalization and sustainable development. The project occupies an area of approximately 666㎡, using the tourism land and facilities in the site to arrange the dotted public classrooms, prefabricated wooden houses, and natural building construction areas. The Wiki World Natural Camp also offers the ultimate Northern European wild living experience and will recruit citizens to join the natural architecture courses. We hope to provide such a site so that more people can find a way to return to nature.

Surrounded by significant landmarks like the Central Mosque, Central Library, Central Student Union Building, a historic Canteen and also the new building of the Faculty of Social Science, the original open space had failed to create any significance regarding the usage. Despite being located at the heart of university of Dhaka, the area remained ‘unattended’ for years. The place itself had nothing to offer to the users, and was being used for shortcuts and dumping zone of construction debris for several years. Natural setting was random but guided by the influences like sunlight, condition of the soil and less human intervention.

When planning the expansion of the Moholy-Nagy University of Art and Design Budapest’s Campus, our mission was to transmute the university grounds into the spatial bedrock of the contemporary and future creative education. We were faced with the question of identity: on one hand, finding connections to the person it’s named after – someone with a creative nature of innovation, pushing artistic and technical boundaries – and through him, to the pioneering applied arts movement of the previous century, the Bauhaus.

lahznimmo architects with ASPECT Studios were successful in winning the Australian National University’s design competition to revitalize the public domain of its Canberra campus. The public domain team worked closely with BVN who were the architects for the new buildings in the precinct. The resulting urban outcome reflects the collaboration between the three practices. The brief for the Public Domain was based on an Urban Design Framework, Public Realm Guidelines, Design Brief, and Place Overlay led by Colony Six, Civitas, and Oculus. Key public domain elements include the redevelopment of University Avenue; the Kambri Precinct and a new terraced creek edge and amphitheatre.

Eager to foster successful relations between campus and community, the Jay and Susie Gogue Performing Arts Center serves as a new Cultural Gateway to Auburn University’s campus. Promoting transparency through design, warm interior tones of lobby gathering spaces are lightly veiled by a faceted curtain wall, reminiscent of a drawn stage curtain. A welcome presence of the building’s facade is further heightened by wood-toned canopies connecting interior to exterior, with oversized ceiling fans alluding to architectural traditions of a southern porch. 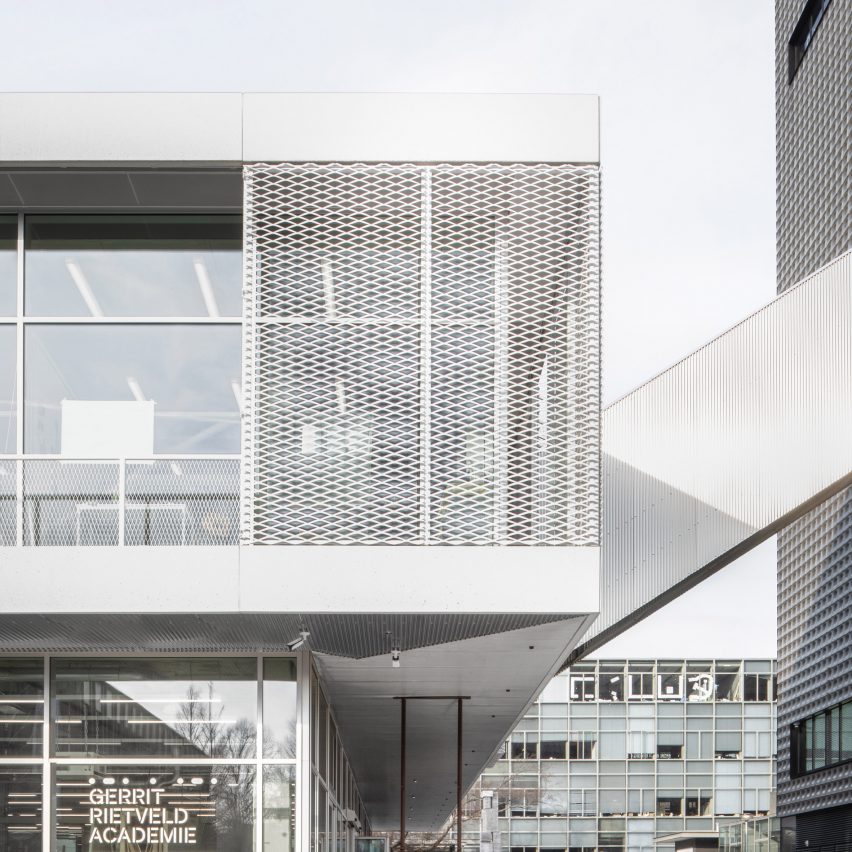 Folding screens of woven steel surround the upper level of the latest building at the Gerrit Rietveld Academie, which provides three storeys of exhibition, workshop and teaching spaces. The building, which will be used by the Gerrit Rietveld Academie and Sandberg Institute, was designed by  multidisciplinary design team Federation Levitation (FedLev) led by architect Paulien Bremmer, working

In the middle of the development of the Ad Portas building, the IWP – Integral Wellbeing Plan emerged as a conclusion of a qualitative anthropological study conducted by Beatriz Turbay on the campus of the University of La Sabana. Its findings showed that the student population needed more outdoor study spaces and that the new building of Ad Portas that we were designing, could not replace this shortage. 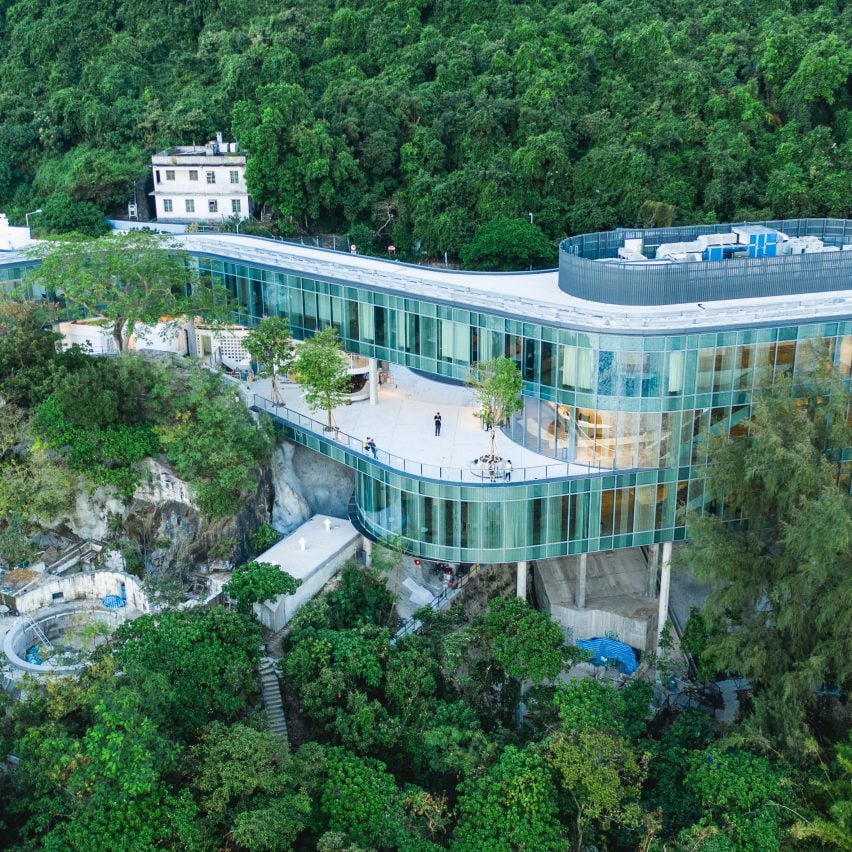 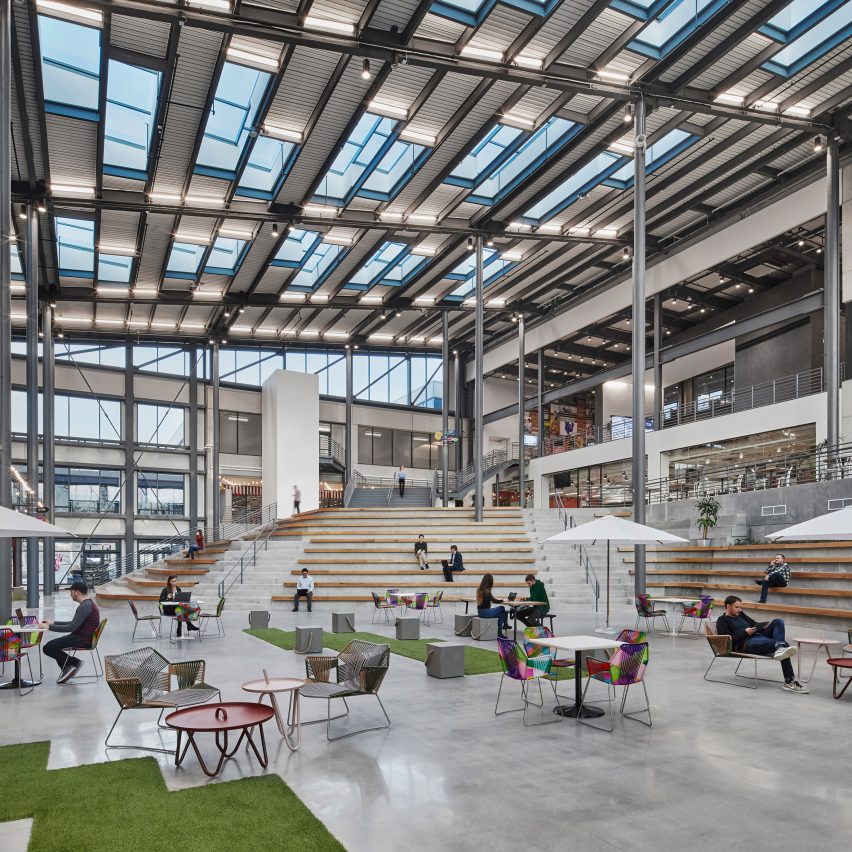 Perkins+Will has overhauled the North American headquarters of consumer goods company Unilever, with new communal areas designed to help employees forget they’re in a suburban office park. British-Dutch manufacturer Unilever has long had its North American headquarters in Englewood Cliffs, New Jersey, just across the river from New York City. But increasingly, the company has